Snow, snow and more snow. That’s all there is in New York City. At first the snow amazes you with its white glory, but then it turns into dirty, ugly, and horrible snow. Imagine this, sitting by the window, staring at the sky and seeing snow glisten from the puffy clouds above. Amazing right? Wrong. That’s what you see everyday in New York. Eventually you’re banging your head on the wall, because you'd rather be sitting at the beach than sit in a freezing apartment trying to heat up. One trip to Orlando, Florida would do me some good. I have to say snow has an effect on you. A lot of people get sick during “snow season”, because it gets too cold for people to handle. As for me, I can handle it easily with all the years i've sat in the cold. My mother had always told me about how back then they didn’t have modernized heaters, and then she would tell me how lucky I am blah, blah, blah. My friend, on the other hand, complains with me. Once, she and I went to one of my neighbor's lawn and tried to make snow angels, but then they came out and told us to get off their lawn or else they’d call the police. I regretted it later on, realizing we were sitting in dirty snow. Here in the big apple you never really know when the snowing may end and that’s what affects me the most. Not knowing when it would end is horrible.. I mean endless snow? You can count me out! The kids out there who want snow, they’re crazy because once they have it they’ll wish it would end. If they're that desperate for snow then i’d probably say “here its all yours! Take and never return it.” Ha, if only it was that easy. 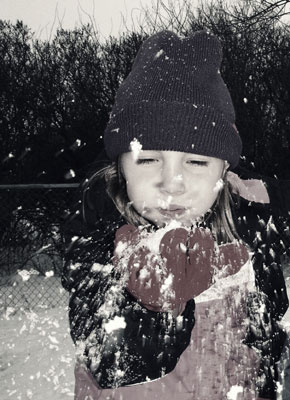 I was born and raised in the NYC, and having the experience of being a girl from the big apple inspired me to make kind of a funny point-of-view of a teenage girl who would like to be anywhere else BUT New York City.