I can’t make art. In fact, when I was younger, I colored so far beyond the lines that my mom made me redo them because she felt embarrassed, for herself. So, my artistic career had a rather inauspicious start. The situation was not any further remediated by my 8th-grade self portrait- an accurate representation of a peach with blonde hair and human features. The summer before freshman year, I chose Introduction to Ceramics as my minor. I felt that misshapen and deformed pinch pots could be acceptably filed under Picasso-inspired or cubism. Indeed, that was my plan from the start, first with a dress-inspired cylinder piece. I will spare you any further description, other than that it seemed the evolutionary outcast of the coral reef family. My hopes were dwindled. That was, until spring, when we were gearing up for the Student Art Show. Ms. S., our ceramics teacher, offered an extra credit option.
“Would anybody like to create a piece for the atrium courtyard?”
Oh boy!! I’m gonna build something really awesome!
Now, this came just after I fell into a conspiracy theory hysteria over the Da Vinci Code. I could see it now- disgraced Picasso meets the Illuminati.
Then I found myself staring at one of the studio’s exhibition windows. A plain white duck stared back at me. Such was the encounter that began my obsession with slip-cast ducks. For ten frenzied days, I dashed into the studio, pouring mold after mold. I had originally created four ducks- red, blue, green, and black. But four measly ducks seemed awfully lonely in the gaping space of the atrium. So I went back for more. Ignoring my studies and my social life, I became a veritable hermit. Then I had to paint. Six measly solid color ducks seemed lonely and dull in the gaping atrium. So what did this spurned and closeted artist do?
I made it pink.
“What is that?”
As I hurried along, cradling my blushing creation, my fellow classmate Olena cuts me off.
“It’s an elephant.”
“C’mon, you know what I mean.”
“Yes, a pink elephant. Really?”
“Why is it pink?”
“Why not?”
“You’re weird.”
“Changing perspectives here, Olena. Get with the program.”
Indeed, that was the ultimate goal of the exhibition- to redefine what it meant to be normal. It was a touch of humanity in the stark, unsmiling walls of the atrium. Over the following weeks, self-pics with the ducks began popping up over Facebook. Lower schoolers would walk dazed and amused among them. They will fly away for the winter, or perhaps be sheltered by the caretaker of the atrium, but some small imprint would always exist in the collective memory.

I can’t make art. I colored so far beyond the lines I embarrassed my mother. I wasn’t destined to be making a splash in any pond. But this rather colorful moment taught me a few important things:

1.
Acrylic doesn’t come off clothing.
2.
Slip-casting is messy. Really messy.
3.
Everything stinks until it’s finished.
4.
We can do a lot of stuff if we say we can.
5.
Take chances, do some silly stuff, go out and face your foes.

My goal was go to outside the box. Instead, I stumbled through it, tore holes, and ended up exploding the whole thing. I tried new things- like when I skated for the first time, and did not kiss the ice as much as I expected. I also learned that there are no limitations on what we do except the ones we place on ourselves. The cause that is most righteous is one we give ourselves for, no matter the consequences.

After all, there’s nothing we can do wrong here. 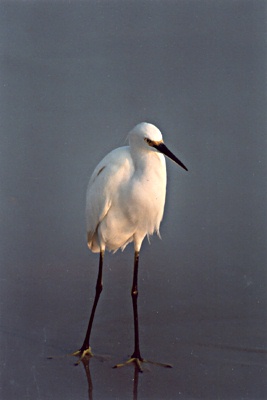