If you told any Albanian,  “I’m going to ‘Little Paris’ for the weekend,” they’d know you meant Korça. The beautiful town in south Albania is surrounded by the Morava mountains; the air is clean, the food is organic, and the youth serenade each other with a guitar. There is always some classical concert going on at night and museums to visit during the day. Imagine my reaction when I learned that my family founded Korça in 1484. And coincidentally, being the first child of a first child of first child of a first child all the way up to the founder, Iliaz Bej Mirahori, I am the direct descendent.

Mathematically, the chances of this coincidence are pretty slim and I was blown away while trying to figure out the odds.

Imagine this: at just 11 years old, little Illia, the son of the Orthodox priest of a once peaceful town, was taken away from his family by the advancing Ottomans through the tributary demands of the devshirme, levy of the boys, imposed upon the Christian population throughout the Balkans. He was to become part of the Janissary corp, the Sultan’s slave military unit. Back then the most promising of the slave recruits were educated in the Topkapi Saray palace schools. Illia was sent to Topkapi. He was given a Turkish, Arabic, and Islamic education and was cultivated as a gentleman in the Ottoman style. He was converted to Islam and his name was changed to Iliaz. The son of the Orthodox priest was now a slave soldier, a Janissary. He was sent to battle to excel or to die, he excelled and gained freedom for his valor in the final battle of Constantinople. He was awarded many titles for his loyalty. Back at court, he became a personal favorite of the Sultan, married one of the Sultan’s daughters, and eventually tutored young Sultan Bajrazit II in philosophy. In 1484, Sultan Mehmet II sent Iliaz back to Albania with the title of “Bej”, a title traditionally given to ruling families and important officials, and a royal mandate issued to found a new city.

Illiaz went back to his homeland and, as decreed by the royal mandate, rode his horse from sunrise until the moment the sun slipped beyond the Western horizon; all the land within the circuit he had ridden became Korça. He then went on to build the Iliaz Bej Mirahori mosque, a hamam, a marketplace, and a school. The school was the first coed school in Albania. It was a secular school where people from all religions and genders were accepted and were to be respected as equals. The school accepted not only kids, but also adults, and Mirahori made the entirety of the school’s funding his heirs’ monetary obligation, so that no parent would ever have to pay for their child’s education.

Educational equality between all genders and faiths in 1484? Available to all regardless of welath? So did grown up Illiaz still have a bit of little Illia in his heart?

All of a sudden the fragments of stories and glories I overheard around my family started falling into place. Why does my middle name, as a first child, have to be my great grandmother’s name? My sweet great grandmother Maja was a fierce feminist with a personality that exuded charm and grace, who married for love in 1944 with the nephew of an Orthodox bishop. We listened to her stories like they were fairy tales, loved her wonderful food, chuckled at her quirky habit of laying crisp linens and full silverware at every single meal, even when she ate alone, and smiled at her perfectly ironed silk shirts and beige suits and mandatory weekly appointments with the hairdresser. In her will she asked to be draped in the national flag, a grand act that apparently had its roots in the fact that her history and the country’s history were interwoven all the way down to their very foundations.

As I thought of Illia, a child - only one year younger than my little brother - forcefully separated from his family, who went on to still make a life for himself, I asked myself a question, a question almost startling in its newness. Are we all permanent hostages to the whims of fortune? Forces beyond Illia’s control took away everything he possessed, except one thing: his freedom to choose how he responded to the situation. When he was taken away and sent to die, how did he bear it all? What was the “why” that made the “how” of his situation bearable? I believe he left his heart back in Albania and went to recollect it, maybe finding a cure to his soul by leading it back home to find meaning.

It’s hard to imagine identifying with an ancestor who lived in an ancient culture. I thought about strolling the outer section of Topkapi where Iliaz lived and walked just like me, 600 years ago.

Istanbul today is just a city, and just yesterday ruled the world through its economic and political power: an endless cycle of empires rising and empires falling. And in the middle of it all, so much pain and heroism, so much history, so much life.

Having lived my life and identifying as an American provided me with some critical awareness about myself and my certainties, I assumed my way of looking at the world as the default setting. But after this, I saw myself being just a little less arrogant about it. This encounter with my ancestry helped me develop a new cultural awareness: a cultural humility as I continue to ponder this part of my own cultural background. I realized that we all have several identities; it is a mistake to think of identity as singular. When we think of identity as plural it’s impossible to divide humanity into “us” and “them”. And I understood that I am the wings of some very deep roots. I felt like my present was once the future dreams and aspirations of my roots, but I also recognize the need to learn from the past.

Every trip provides a chance to remove yourself from your usual routine and usual environment. But this trip gave me the chance to experience an expansion of my awareness, point of view, and world. I felt as if I travelled beyond myself, and when we cross that boundary, who's to say what we’ll become? 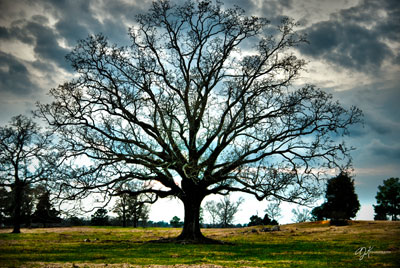