Before coming to America, Mr. Ramzan S. had struggled for years to feed his four siblings and his mother as they lived in the improvised region of Kashmir. Finally, he was given the opportunity to change the lives of his family and his own.

How was life in Kashmir before you came to the U.S.?

Life was a constant battle for survival, not only for me but for my whole family. I was always afraid that my family would have to go without food on the table, and unfortunately there were some days like that. I would try to make the best of them.

I was mainly worried about my brothers and sisters. Since I was the oldest, I bore the burden of providing food for the family. What I would do at night was take out only one candle and place it on the dinner table (we didn’t have electricity). After lighting it, I would place six empty bowls on the table (four for my siblings, one for me, and one for my mom). I would fill my brothers’ and sisters’ bowls with whatever we had (even if it was just warm water) and leave mine empty. My mother would always leave hers empty too because she preferred not to eat when anyone else was hungry.

So, my mom and I would sit in front of our empty plates and pretend to eat. It was too dark for anyone to tell whether we were really eating. We did this because my brothers and sisters were too young to bear the burden of knowing that we were close to starving. Luckily, however, few days were like those.

Why wasn’t there anyone else to help you out financially?

My parents divorced when I was 13. My dad remarried and lived his own life. My mom couldn’t work because, in those days, a woman working was frowned upon. So I took the initiative, and set out to look for work.

When did things begin to change for you and your family?

Well, things never really changed until I got the opportunity to leave my country and explore the world. I went to Germany and lived there for about three years. I learned the language and had a stable job working as a store clerk. But even there, I didn’t live for myself - I lived for the constant hope that my family would have a better way of life and my siblings would have a better education. Therefore, two-thirds of my money went to them. The rest was for my clothes, food, and lodging (I shared an apartment with a friend). Things were finally beginning to change, and for the first time, I saw a brighter future for my family.

If things were changing for the better, why did you stay in Germany for just three years?

I received news that my mother was terribly ill. I couldn’t go back to my country immediately because traveling at that time was rather difficult. I did, however, return six or seven months later. Thankfully by then, my mother was doing a lot better, but my chance to go back to Germany was gone.

After you came to the United States, how did life improve for you and your family? Did it last?

Several years after I returned to Kashmir, a friend suggested that I apply for a visa to the United States. I applied and was accepted. Soon, I was on the airplane to the golden land of opportunity. Once again, I began to envision a better life for my family, but this time I knew that I wasn’t going to let it go. I married a wonderful woman in Kashmir and brought her with me to the United States. Together we set out to build a new life. I got a job working in a grocery store. After several years of hard work, I ended up owning that very store.

What about the life that you left behind in Kashmir?

It is quite unfortunate that I rarely get to see my brothers and sisters, but I know that they are doing extraordinarily well. All my siblings are now married and have their own lives. My mother, however, is still very sick, but she is doing a lot better than she was when we weren’t able to afford good medical care. Coming to the United States has definitely improved my family’s life and mine. And I wish to share the beauty of this life with my own children. 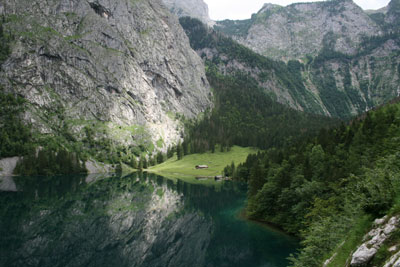