Do You Really Have to Suffer in Order To Be a Hero? | Teen Ink

Do You Really Have to Suffer in Order To Be a Hero?

Heroes tend to have that “wow” factor that makes people appreciate them more. One overlooked factor in making a hero is struggle and  suffering. Everyone “has encountered and overcome struggles on their journey”(unknown)  but sometimes it is the part that is left out even though it’s “the most important part”(unknown)  One's suffering is very important in their journey, it makes them stronger and helps them grow spiritually, physically, and mentally. In the articles “ Want to Be a Hero? Embrace Suffering and Sacrifice” by Scott T. Allison and “Adaptations: The Amy Purdy Story” by Colin Bane and Homer’s story “The Odyssey”  they all explain that suffering can lead to better things, and you really can be a hero from suffering.


Suffering happens to everyone, and is often the “painful progress in becoming fully human.” (Allison) It also helps “prepare people for an extraordinary life.” (C.S Lewis) While suffering, people wonder why they have to suffer for happiness. It isn’t that happiness is at the edge of the rainbow, rather suffering improves your mentality and helps make you “experienced”. “ The Odyssey” by Homer shows exactly how suffering doesn’t always end in happiness. After returning home, Odysseus encounters many challenging situations after the torturing journey at sea. One being the loss of his dog, who is [as we call it] “man's best friend”. He also faces the news of his wife having to marry another man while Odysseus was gone because she thought he was dead. Odysseus did in fact grow wiser in his journey and his suffering. It made Odysseus stronger both physically and mentally.


“ If we avoid suffering, we avoid growth.” (Allison)  As we grow we set goals to live by in our life, but people want to take the easy way to get to those goals. They are avoiding any chances of striving later on in their life. There is one woman, though, that never wanted the easy way out of things rather she stood strong and worked hard through her struggles. !6 years ago,  Amy Purdy was only 19 and lost both of her legs from the knee down. At 19 years of age, Amy thought she had the flu but soon realized that it was more than a common cold. She looked in the mirror and saw that her hands and feet were turning grey, and she knew “something was horribly, horribly wrong.”(Bane) Despite being in a coma and the pain she felt after this tragic moment, Amy relearned to walk again and started snowboarding eleven months later. Even through her tough times,Amy learned to embrace her suffering and “push through...all day-to-day struggles”(Bane) whether they be big or small and it seemed impossible Amy still fulfilled her goals. Heroes also don’t let “power” “compromise their values of compassion”(Allison) and show empathy for the least fortunate. Wouldn’t it be nice to have someone with experience share feelings with you and help you rather than someone who wouldn't understand? Us as human beings have to go through the painful and “emotional depths before they can ascend to new heights.” (Allison) Suffering varies in size and impact on the person who is facing it.


Do You Really Have To Suffer In Order To Be A Hero? While many people have suffered to reach their goals, many lack the undergoing experience of suffering and struggles and therefore cannot deeply understand life. But it is what they as a person chose to do with their life and experience, whether a heart wrenching moment of suffering like Odysseus or day-to-day struggles like what Amy faced, people can strive to be great heroes even when they least expect it. 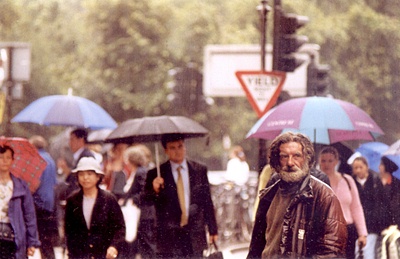