It was a tiresome morning. For some reason, I woke up at 5:30 a.m. and couldn't get back to sleep. I hopped from my cold bed onto the even colder floor, grabbed my clothes, got dressed, and reached for my purple Party City name tag. Seven o'clock finally arrived, and I called for my ride to take me to work.

The roads were slippery from the previous night's snow and we had to drive slowly. When we finally got to the store, I made my way through the wind to the door. I noticed I had a runny nose, which could only mean one thing: a cold was on its way.

With that in mind, my day was off to a bad start. I headed to my register, but not before my non-humorous manager decided to tell me his daily "Did you hear the one about ..." joke. I could take no more and said I had to help a customer.

The middle-aged woman had brown hair. Her eyes were deep brown, so brown they looked black. Her skin was a pasty white, and wrinkles covered her face. She seemed like the devil incarnate. Coming to the counter, she said, "I need to make a return!" When I asked if she had her receipt, she said no. I told her I could not do the return without one.

She screamed and shouted, "Manager! I want to speak to your manager!" I paged the manager, who repeated there were no refunds without a receipt. She then declared she would never return to our store again, and that we were so unfair.

Then she set off down the aisles with a shopping cart. I was confused since she had said she was never coming back. She returned 20 minutes later with her cart filled with merchandise.

"I'd like to buy these," she said, with a smirk. It seemed obvious she was up to something. "Sure," I replied, ringing up approximately 20 items. After I had taken her money, $52.73, she placed her finger to her mouth and said, "On second thought, I'll pass on these." I couldn't believe my ears. All those items, all that scanning!

I rolled my eyes and called the manager. She asked what my expressions were signifying, but I only replied, "What faces?"

The manager couldn't believe his eyes. He began working on the long return as she stood there and smiled. You could tell she found a twisted pleasure from it all. Finally, he finished. She grabbed her purse and said, "Maybe next time you should respect your customers," as she walked out of the store.

I folded my arms and sighed. I knew I should have called in sick. 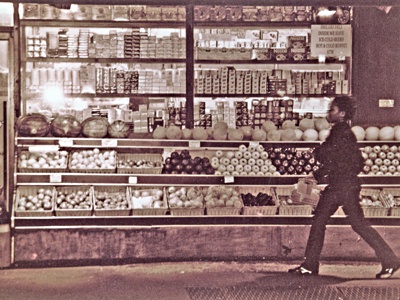