For the Love of the Game | Teen Ink

For the Love of the Game MAG

As I sit on the bench, on the verge of battle, I feel nauseated with anxiety. I look at my teammates, my fellow soldiers. The announcer goes down the list of starters and the crowd cheers as I run to center court to shake my opponent’s hand. I return, and after a few last-minute tips from Coach, we’re back out on the court. I walk to the center to face my adversary. The ref blows his whistle and the ball goes up. As we both jump, the battle begins. This game is one more step to the state championship.

As I snag the tip and toss the ball to one of my teammates, I can’t help remembering how this all began. I played my first basketball game on a 4-H team ten years ago, and the first time I got the ball, I ran the wrong way.

Of course, I had a ball in my hands long before that. My father was an avid basketball player, winning the state championship as a junior in high school. He made sure my brother and I were players, too. There’s a video of my dad and me when I was no more than a year old where he is rolling a small rubber basketball to me. One could say I started at an early age.

The opposing team has the ball and I’m on defense. They pass it around outside while the man I’m guarding tries to post up in the paint, right under the basket. They feed him the ball and he spins to the left. I quickly follow and my hand automatically goes up as he looks for a shot.

Not in my house, I think, swatting the ball away. He manages to grab it and go up again.

What part of no don’t you understand? I think, and stop his shot again. This time I grab the ball and it’s time to go the other way. The struggle continues.

As our team shifts to offense, my thoughts return to the hours of hard work that it took for me to get to this point. My dad was, and is, a main part of my success, always inspiring me to improve. Not only has he been an encouraging fan, but also a skilled coach on and off the court. I can’t begin to count the hours in our driveway with a flimsy goal and an old ball. The successes and failures I experienced trying to master each new post move he would teach me or the form of the perfect shot are innumerable.

Dad always pushed me to do my best and strove to make me better, no matter how good I already was. He taught me invaluable lessons about perseverance, responsibility, and believing in myself. He never let up, no matter how frustrated I got, and he wouldn’t stop until I had mastered what he was teaching me.

One can still find us out in the driveway shooting that old ball at that flimsy goal. Sessions aren’t as rigorous now, but they’re more of a bonding time to talk and catch up.

My thoughts are jolted back to the present. Our team is on offense with the game tied. It’s almost down to the final seconds and we need to score. Coach yells to run a play and we set it up. I flash to the high post and get the ball. Turn around, no shot. I look to the corner and see an open teammate. I deliver him the ball and he squares up. As his shot flies toward the basket, I battle for position underneath. I look up, ready for the rebound. There’s no need: as the ball goes through, the buzzer sounds. Victory! 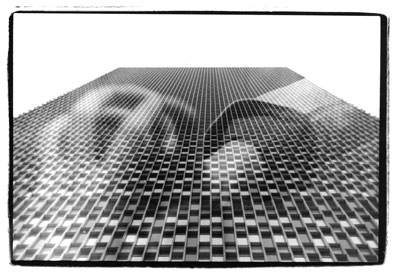