Diane Downs, this chick is a demon, in this case, we talk about this lady and the way she maimed her children for life. Elizabeth Diane Frederickson was born in the scorching heat of Phinoex, Arizona on August 7th in 1955. During High School, she meet and started dating a guy called Steve Downs. After High School, she studied at the Pacific Baptist Bible College in Orange, California. But was later kicked out for promiscuity. When she moved back home she married Steve in November of 1973. Christy, Sherle, and Danny Downs were born into their family.

But not everything was perfect in the Downs household. Steve and Diane had a rocky relationship. Steve spent a lot of time at work and Diane felt “ignored” and “alone”. She would leave with the kids and not tell Steve where they went or that they were gone. Eventually, they divorced because Diane is satan, a little bit after Danny was born. Another reason they divorced was that Diane was constantly cheating on him, like all the time. Because of that Danny Downs is not Steve’s son. After the divorce, Diane moved to Oregon. She didn’t care for her kids. She stayed out, worked a lot, was barely ever home, and was constantly pawning off her kids to other people. She was such a terrible parent that one of the kids admitted to a babysitter that her mom told her she was a horrible kid, and even asked the sitter for a gun to kill herself.

In 1981, Diane started working at the local post office where she fell in love. But one thing, he was married. She claimed he was “separated” at the time. Their relationship didn’t work out for long as he wasn’t separated and she was crazies. He also didn’t want kids and she had three. So she did as your local crazy would. Obsess over him. She wrote him a letter EVERY SINGLE DAY. So basically her life is not going well.

Around 9 pm on May 19, 1983, when she and her children were going home, they took back routes. Turns out they did this regularly, so nothing out of the ordinary. Then they were flagged down by a “bushy-haired man” on the side of the road, so she pulled over to help. When she asked what he needed she claimed she said, “Your car.” So basically a carjacker. So for some random reason, she gets out of her car, and he pushes her away. Then in a “scuffle”, all three kids were shot and Diane was shot in the arm. She pretends to throw the keys in the bushes to distract him, jumps in the car, and drives like a maniac to the ER.

At the ER Sherle has pronounced DOA or Dead On Arrival. Christy, the oldest, suffers a stroke, barely alive. Little Danny, the youngest, ends up paralyzed from the waist down. At this time Christy was 9, Sheryl was 7, and Danny was 4. The weirdest thing is that when Diane is told this she doesn’t shed a single tear, so people brushed this off as shock. But they had a sinister feeling about Diane. As per police protocol, she is brought into an interview. And she tells them what happened. Diane even said that on the way to the ER she prayed, “God, you know what’s best, if they gotta die let them die, but don’t let them suffer.”

She did many interviews and thank god she did because it was casting more suspicion on her. But a surgeon who was working on keeping Christy alive remembered Diane saying, “I ruined my car, there’s blood all over it.” They never found the gun only the casings, the suspect sketch wasn’t getting anything, and the more interviews Diane is doing the more suspicious she’s becoming. Mainly because she does not react to the situation. So they asked Diane to do a reenactment. Before the reenactment, Diane was more concerned with her hair, than the situation. When they were reenacting she has giggling the ENTIRE time. When she bumped her cast getting in the car she says, “This is worse than…” and she didn’t finish her sentence. So detectives all thought, “When you shot yourself in the arm?”

When people accused her of shooting her children she said, “If I shot my own children, would I have not done a good job?” and in another interview, she said, “My kids were lucky.” Then Diane ends up pregnant. At this point, her kids have been taken, because she is a suspect. When she is asked about her pregnancy she says, “I just missed my kids so much. I’ll never see Sheryl on Earth again.” “Children bring me so much attention and stability.” and “Kids are just so easy to conceive.” One reporter recalled that Diane said she knew her cycle so well she knew when the best time to conceive was. At this point, the police realized that they needed to start building against this crazy lady.

Taking a look at the blood in the car the police say that the blood patterns are different from Diane’s story that the kids were shot in the car. Because there is blood spatter on the outside on the lower passenger side door frame. So detectives concluded that young Sheryl was able to get out of the car and was trying to escape, but Diane got to her first. Diane told the police that she had never purchased a gun. But they found out that she owned a 22-caliber pistol. The same gun that was used to shoot the kids. Going through her home they found a rifle and shells that were ejected from a different gun.

Looking at them under a microscope they matched the shells found at the scene and had been in a 22-caliber pistol. Then a witness came forward. They said they had been driving behind Diane that night. They said she was driving so slow, the speed didn’t show up on the speedometer. When they brought her back in a detective said, “Lady your story stinks.” To which she responded, “Then you better get some deodorant.”

In another interview, she changes her story. This time she says two men were there and identified her by NAME. And that they had to have known her because they said something about a secret tattoo she had. And she even said SHE’LL BRING HIM IN BECAUSE SHE KNOWS HIM PERSONALLY. When she was able to visit her children she would walk into Christie’s room and her heart rate would spike even when she was out of it.

At this time Christie was going to therapy regularly. Christie said she knew who shot her, but when she was asked about it she was too scared to say anything. So they did the whole “put it in an envelope and burn it” thing. So after some time, Christie is ready. Looking at the paper it says, “My mom.” On February 28, 1984. She is arrested and accused of one account of murder and two accounts of attempted murder. During the trial, she was milking the “I’m a pregnant mother take pity on me.” Because she was almost ready to have her baby.

At this point, the case was getting lots of attention, every day people would show up by the hundreds to the courthouse. The biggest question was whether or not Christie would testify, she did. The biggest thing Christie remembered was that “Hungry Like The Wolf” was on the radio. During the trial, they played the song and Diane had the AUDACITY to dance along to the music.

Witnesses are brought in, the guy driving behind her is called and testifies. Then, finally, Christie is called to the stand. They ask, “Do you know who shot Christie?”

She says that Diane pulled over, got out of the car, grabbed something from the trunk, kneeled on the driver seat, and shot all of them one by one. In June of 1984, a unanimous jury agreed that Diane was most definitely guilty of all accounts. Ten days later she gives birth to a baby girl. But is imminently put in jail after. Her sentence is life plus 50 years.

WHOLESOME BREAK: Diane’s prosecutor and his wife adopted Christie and Danny after this and spoiled them rotten. And Diane’s baby was given to a very kind family who didn’t plan to tell her who she was but had to when Diane escaped jail on July 11, 1987.

She scaled a 60 foot, barbed wire fence, covers the wire in the jacket she’s wearing, hides in a car in the parking lot, and leaves. Ted Huegy, the prosecutor, and the other adoptive parents are terrified at this point. And he would wait for Diane in a rocking chair with a loaded shotgun.

What they don’t know is that Diane is hiding at a fellow inmate’s husband’s house, a few blocks away. She and this inmate had drawn a map of where her husband’s house was and said they could run there. How they found it was someone very smart saw the outline of it on a clipboard Diane had in her cell. They realize this and go to bust Diane. Ten days after her escape, she walks out of that house in the husband’s boxer shorts and t-shirt. As you do.

To this day, she maintains her “innocence.” She said she’s still looking for her daughter’s killer and that’s why she escaped. She has attempted parole many times and has been denied. Her most recent parole was scheduled for 2021.

Her youngest daughter decided to try to contact Diane, and at first, Diane was kind. But then Diane starts getting horrible. She says she has people watching her daughter. And things like “how do I know your my daughter?” Diane has lost it.

This is the story of Diane Downs. Please rot in jail forever. :) 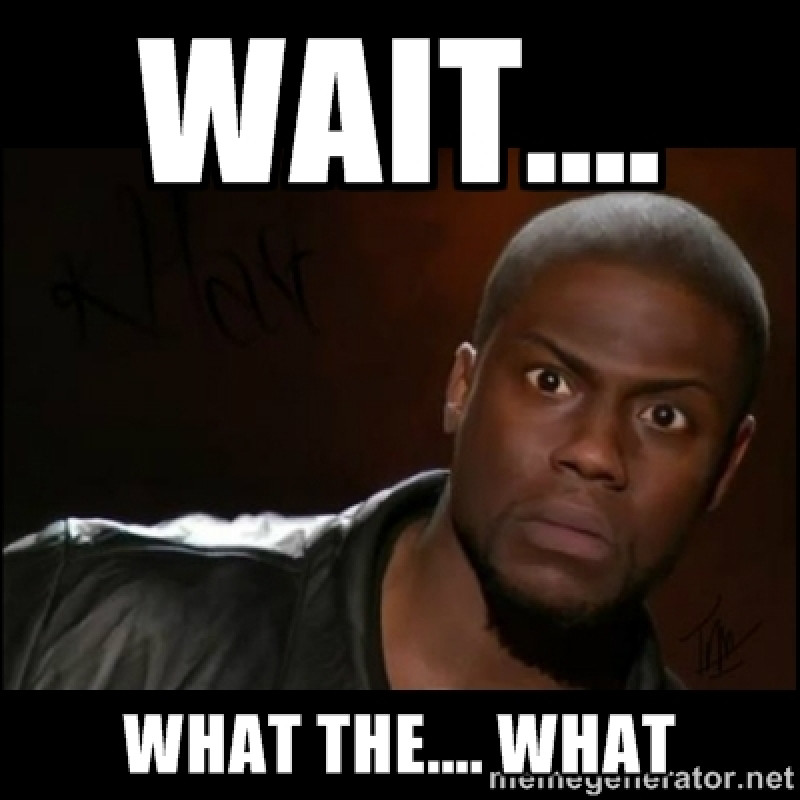 This is a true-crime case covered by Moi.