The souls of my shoes tapped gently on the wood of the barley lit room. Everywhere I looked life size sketches of people line the walls, people living right now, captured as the world sees them right now.

They are colorful, some more than others. Each sketch is outlined in adjectives describing the person. I read “depressed” “happy” “melancholy” on a few.

I continued through the room until the drawings become familiar. Classmates, teachers, cousins, friends- all captured on a thin piece of paper, all colored perfectly. My other brother was jumping, looking at the world threw vivid, orange eyes. My little cousin wore a sad expression as she is coated in grays and whites.

This girl was standing with her arms crossed. Her eyebrows were knit together, in fury. Her mouth was turned into a frown. Her body was filled with fire reds, oranges and yellows- like a dragon that spits fire. Words jumped at me from the page, “rude”, “unfriendly”, “turn off”. In utter humiliation and disgust, I turned away.

I vowed to change. I vowed to have a friendlier, nicer picture of me. I spent two years working on my image, the sketch burned into my brain. When I was ready, I went back.

All the sketches had changed, people had changed. Words were erased, new ones written in. My cousin no longer wore such a sad and woeful expression. I now did.

I was sitting cross-legged, my hand on my head. I was solely back and white, the words around me unreadable. My eyes were closed, and my mouth was a simple flat line.

In disbelief, I cried. For two years I had thought and thought about how to change myself into someone the world loves, and yet, everyone saw me as black and white, colorless. Smudged, dull words- too hard to read.

I left with the same ambition growing in me as I had two years earlier. I became obsessed with my appearance, until the sketch on the wall changed to me hiding my face with my hands. Still colorless, still unreadable. Still fake.

Fake. The dark Sharpie above the sketch screamed the word at me. I took a step back, realizing what I had done. My image deteriorated from the paper as I became a blank canvas.

I didn’t go back for four years, focused on cultivating my growing talents and painting my own picture of who I was, and where I was going. When it came time, I felt a tapping inside my stomach. Who was I to the world now? I could no longer be a heartless child or an unreadable girl- I couldn’t be blank. There had to be more.

The room was dark, expect for a spotlight in the back. A spotlight highlighting a still blank paper and a sharpened pencil.

I took the pencil and drew who I thought I was without thinking. My lines thickened, making themselves permanent after my pencil traced them. I dropped the pencil after a white and reached for the crayons. My hand was moving involuntarily, sweeping in and out of the sketch in different colors.
Words appeared slowly, outlining me. I took a step back, and finally looked.

I was standing against something, arms crossed. My eyes were budding with curiosity and dark with secret. My mouth was turned slightly upward, scarlet colored, like I was hiding something good. Like I was hiding what I was capable of.

Darks highlighted my insecurities, bright colors highlighted what I could do. Red specks marked where I had been hurt inside, but light pinks surrounded them, showing me where I was healing.

Right in the pit of my stomach looked like a fireworks display. Blues, yellows, reds and oranges flew out, like an explosion of one hidden talent coming to life. Like that was the juicy secret my face was hiding so cleverly.

Suddenly I got it. On the mere outside, I was just like every other human being, but on the inside I was special in my own way. Looking around, I saw that few others had come to that realization, that truth, within themselves. Once they did, then the world would see them differently, too. Words read “shy” and “quiet” in some places but “unstoppable” and “unpredictable” in others. Smiling, I was finally satisfied. I turned, listening to the souls of my shoes against the floor. It had taken time, but the world finally saw me as I was meant to be seen. 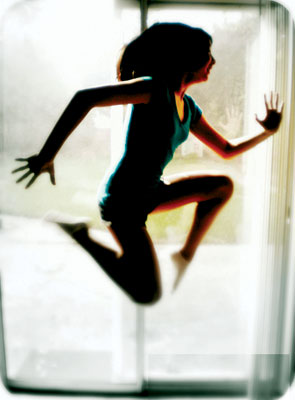 Favorite Quote:
If it was a unicorn it would have gored you.

Favorite Quote:
"I dream I'm on the surface of my own life, watching it unfold."

View profile
Amazing. Your article is one of those that will leave a lasting impression on readers. Your emotions are so raw yet lightly cloaked, and your work is truly unique:)