The Current Situation of Plastic in the United States of America

There is an island floating around the Pacific Ocean composed of the most used material in human industry: plastic. It is a tremendous honor that humanity has managed to create a plastic mass in the ocean that is “twice the size of Texas... three times the size of France, or about 1,600 miles” (Dymoke). How was this plastic mound produced in the first place? Statistically speaking, 300 million tons of plastic are produced each year in the United States, and a half of that plastic produced is for single use. Of those 300 million tons produced, more than 8 million tons of plastic are dumped into the ocean each year (“Facts About Plastic…”).

This issue is becoming more urgent and a few cities in the U.S have begun to address it with a campaign called the Plastic Product Ban. The Plastic Product Ban is a regulation on the consumption of single-use plastic items in stores and restaurants. Recently, this regulation became more popular when Starbucks announced that “it would eliminate [plastic straws] from its stores by 2020. In their place, the company will... [introduce] strawless lids, which have a sippable protrusion” (Mahdawi). Only time will show how effective the Plastic Product Ban is because the consequences of this environmental catastrophe will not only affect the fragile ocean ecosystem, it will also affect many people in the U.S.

Plastic is not biodegradable, meaning it can’t decompose into natural materials that will not harm the environment. Plastic can’t fully decompose, but it can break down into tiny pieces, called microplastics. For example, imagine a plastic water bottle floating in the ocean. It’s been floating there for months and it’s beginning to break down into miniscule bits and pieces. A small fish notices the small microplastics and mistakes those particles for its common food, such as plankton or shrimp. The fish eats the plastic, believing it is food. This seemingly meaningless event could jeopardize an entire marine and land ecosystem. Plastic doesn’t break down inside an organism, the plastic remains within the stomach, causing digestive issues such as “[gut] blockage… and ulceration”, and spreads toxins throughout the body (Mambra). These little plastic-carrying fish have plastic induced toxins in their body and they are being eaten by larger fish, birds, or other mammals. These toxins magnify in concentration as they continue up the food chain, and eventually, humans eat the fish.

Imagine an average American family eating dinner; tonight they decide to eat seafood, in particular, fish. Unknowingly, every person at that table has ingested toxins into their bodies that originated from the plastic that fish ate in the sea. The flesh of the fish may contain contaminants such as mercury, lead, chromium, and arsenic (“Think Fish Is… Health Food). In fact, “93 percent of Americans [have] detectable levels of bisphenol A (BPA) in their bodies and also among... 75… percent of Americans [have] phthalates in their urine” (“How Much Plastic Are You... Eating?”). BPA and phthalates are components found in the plastic used to package consumer goods. These contaminants and components are toxic and may cause illnesses such as cancer, kidney damage, and high levels of toxicity in fat and the bloodstream (“Think Fish Is… Health Food”). To summarize, many Americans are eating their own poison, and they don’t even realize it.

Can the plastic product ban regulation work? Theoretically,  if applied to a mass scale and strictly followed, then maybe the Pacific Ocean and oceans all around the world can continue to thrive. However, the United States has become a powerful consumer society that depends on materials such as plastic to package goods, create new items, and even drink beverages out of. Many people have learned a particular mentality: “out of sight, out of mind.” Many people don’t see the plastic in the ocean on a daily basis, but that doesn’t mean it isn’t there and it doesn’t mean that it’s going to clean itself up. Unless more cities and industries attempt to make a change regarding plastic consumption for the sake of the environment and human health, there will be more plastic than fish in the ocean by 2050 (Wearden). Soon enough the question won’t be “What did you have for dinner?”, but rather “How much plastic did you consume today?” 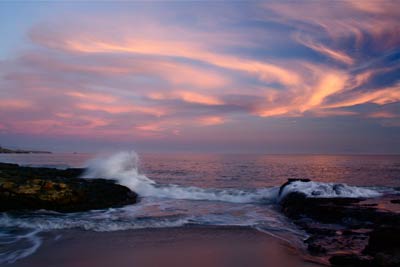