Many people think that on the day their entire lives change they will wake up with some kind of foreboding or premonition to warn them. That, dear reader, is a lie of which an immense amount of poor people sooth themselves with. The truth is it's just another day that starts out naturally. Allow me to start from the beginning.

I was trudging down the path, carrying a bulging bag of game. When I wasn't on a job, you see, I hunt and make money sufficient enough to buy a bit of food and other daily life items I may need. The village I sold to was bustling with people, readying themselves for Market Week; it occurred at the end of every month during autumn. November and mid-December, right before the Winter Solstice, were ultimately the last Market Weeks before winter began. We still used the olden calendars of our ancestors. However immersed in arrogance they might have been, they weren't idiots <most of the time, in my opinion> when it came to time changes.
As I stalked up to the butcher's shop in my usual boy’s disguise, yelps from inside cause me to halt along with numerous other people. Having done business with the butcher for several years, I knew he illegally sold deer meat and the Inspectors must have found it. They did sweeps of villages right before Market Week on occasion, but weren’t normally thorough enough to find the secret compartments and underground storage rooms in shops that secreted any kind of outlawed goods. Deer meat used to be a commonly found one, but now it was sparsely traded in the black market. After most of the food had run out years ago, deer had become endangered from the mass amount of sudden hunting. It had become illegal to hunt anymore, and now was even more scarce from all the people who did it secretly.

“I swear you can have it all! Just let me-” The butcher was cut off as he was thrust through his own shop’s front window, stumbling face forward into the snow.

“You dirty black market dealer! You’ll get out of here now if ya know what’s good for ya,” sneered the gravelly voice of an Inspector from inside.

“Are you all right, Mr. Arks?” I whisper, aiding him depart from the freezing ground to shaky feet.

His slightly pudgy face was a shade of raging red, with flyaway brown hair curling at the ends. He stared at his former building of business with anger and shame wild in his matching sepia eyes.

“I don’t know what I’m going to do, Saraway,” he murmured. “Sarah and the girls will be so upset…”

“You’ll what, boy?” An Inspector tossed open the metal door, kicking snow from the step. “Going to help a trader of the black market, are ya?”
“No. I am helping a father with a family depending on him,” I reply in a scarcely controlled voice.

The Inspectors weren’t even trying to hide that they were simply taking all his belongings from the place rather than turning them in for evidence against the butcher.

“Stop,” my friend hissed beneath his breath, but it was too late.

“You going to show cheek to me again?” the official asked, taking an intimidating step forward. I held my ground. “I asked, are you helping a trader of the black market? Perhaps you do business with him in it.”
He grabbed the collar of my worn coat with both hands, and I rise to my tip-toes.
“I don’t want his family to starve,” I rasped, and winced when a knee connected painfully to my stomach. Feebly, I twisted at the man’s fingers, but he clubbed a hand into my temple and I saw blurs everywhere.
“Kiara!” a voice shouted, and my vision cleared. I see three people I know very well staring at me in horror as the Inspector stares at me in astonishment. 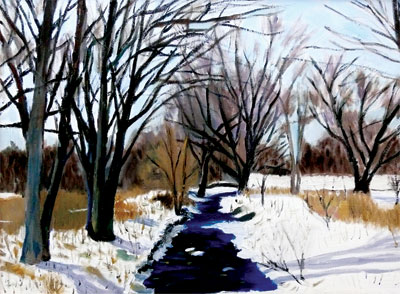 Favorite Quote:
"A jury consists of twelve persons chosen to decide who has the better lawyer." -Robert Frost
"There are two types of people-those who come into a room and say, 'Well, here I am' and those who come in and say, 'Ah, there you are.'"- Frederick Collins

Favorite Quote:
"When I look at the night sky and see the work of your fingers, the moon and the stars you have set in place-- what mortals that you should think of us. Mere humans that you should care for us.
---Psalms 8:3-4

View profile
That was great! Loved the detail you put into it. Can't wait for the next chapter!