Favorite Quote:
"All our dreams can come true, if we have the courage to pursue them."
Walt Disney

It was nearing midnight. The pale moon had slipped away behind the solid wall of clouds, plunging the whole world into darkness. There was a light breeze blowing that gently shook the leaves of the trees. A soft whispering sound could be heard throughout the forest.

In the darkness, a large dark shape moved, and a creature stalked through the forest. A malevolent aura surrounded it. It moved with the stealth of a cat, inconspicuous and dangerous. It was completely invisible except for its slit yellow eyes which darted back and forth, wary for any unexpected surprises.

Suddenly it stopped. It could feel its prey nearby. It sniffed the air and froze. Hate flashed through its eyes as it gripped the earth in an attempt to control itself.

When it started moving again, it did so at a painstakingly slow pace, each step placed with the utmost care. There was no time for error. This hunt had to end.

Soon, it reached the edge of a cliff which overlooked a bustling city,

It searched for its prey in the myriad of lights, but could not find her.

A low, frustrated growl emanated from its throat and rose in a crescendo to become a snarl. It stood up on its hind legs and lashed out at a nearby tree. It snapped like a twig under the creature’s immense strength and fell to the ground with a thundering crash that shook the earth.

The creature turned back to the city and glared murderously at the moving lights.

It lifted its head up and let out a loud, wailing howl that was left unheard down at the city. Then it opened its wings, the moonlight shone through the taut skin. With a leap off of the cliff, the creature was airborne and it flew away into the darkness, in the opposite direction of the city. The hunt would have to wait a little longer.


Down in the city, someone did hear the howls, or thought she did. That someone lay in an attic at the edge of the city.

The moonlight filtered through the skylight. It illuminated the almost-bare room. In the corner was a chest of drawers which held the few clothes of the owner. On the top of this chest was a single photo-frame. It held a photo of smiling, happy couple who held a baby. They were an ordinary family. In the middle of the adjacent wall was the bed. It was a simple metal bed with a thin mattress and an old, ragged blanket accompanied by a pillow which made stones look more comfortable.

The occupant of this bed was not asleep. She lay wide awake looking at the ghostly shaft on moonlight that stood in the centre of the attic. Everything was quiet, but something had awoken her. Something in the distance. It had not been the traffic, nor was it the sound of Grandma’s snoring. It was something that had triggered a feeling of fear in her. Not a fear of the unknown, but a fear of something she knew, or something she had known once.

She got out of bed and carefully placed her feet on the floor to avoid creaks that would wake up Grandma. She stealthily walked over to her chest, grabbed the picture and a pouch from the drawer and quickly padded over to the light.

She sat on the floor and looked at the picture of her parents, longing in her eyes. After an immeasurable amount of time, she put the frame on the floor beside her and reached for the pouch. It was made of fine dark, blue leather with a simple flap enclosing its contents. It had been given to her by her uncle Henry before his death. He said it had belonged to her parents and had been handed to him when she was born with instructions to give it to her on her sixteenth birthday. He had made her promise that she would open it on her sixteenth birthday.

She looked up at the moon and then glanced at her wrist. The neon hands of her watch glowed faintly. It was nearing midnight.

She looked back down at the pouch. There, in that pouch was a clue about her parents. Her parents who had left her in the care of her grandmother and uncle and had never returned. She had only one picture of them - the one sitting next to her.

She had no memory of them either. Uncle Henry had told her what wonderful people they were, how they would help charities and how they would donate blood to the hospitals, but that was it, nothing specific. Nothing about their hobbies, their favourite books, what kind of music they liked. She didn’t even know what their favourite colour was.

A glance at her wrist told her that it was time. She reached out for the flap of leather that stood between her and, possibly, her parents.

She was about to lift it, when she withdrew her hand on impulse. Something did feel right. She could feel it. Now was not the time.

Soon, everything was back where it belonged and Arianna got into her bed and closed her eyes, no remorse or curiosity for what she had, or rather, had not done. She felt at peace and soon, drifted into a dreamless slumber.

“What was that about?”

Arianna lay fast asleep as a dwarf stepped out of the shadows and into the moonlight. He wore a floor-length emerald rove and had an emerald ring on his stubby finger. His face was covered with wrinkles and he had a grey beard which reached down to his knees. His eyes were thoughtful and alert. He watched Arianna’s serene face, anxiously looking for any sign of emotion to explain her actions. He could find none.

Suddenly, a reptilian claw stepped out of the shadows into the moonlight. It was followed by a scaly forearm. The deep-blue scales reflected the soft light onto the girl’s face, making her seem pale and lifeless. Soon, a dragon stood next to the dwarf. It was as tall as the dwarf, its roughly triangular head just a few inches above the dwarf’s. A line of dull spiked ran down its back to the tip of its tail. Two small ivory fangs jutted out of its upper jaw. Its electric blue eyes were focused entirely on the girl.

After some time, the dragon gave a deep, throaty chuckle and said, “I see that you now understand the value of silent thinking, Eisen.”

Eisen snorted, “After living with you for these past fifteen years, you expect me not to learn to keep my mouth shut?”

The dragon made a kind of gurgling sound which sounded like a laugh. It gave a toothy grin to Eisen, displaying its snow-white razor sharp teeth. Eisen was not afraid of it He knew that the dragon would never harm him.

They both became silent as the girl moved restlessly in her bed, trying to get comfortable.

If Eisen had been worried before, he was terrified now. His face became paler than the girl’s had become in the reflected moonlight. He suddenly felt weak and began trembling. In his panic, he forgot to breathe and so started to pant.

“What do you mean?” He asked the dragon, his eyes began moving frantically from the dragon to the girl as if expecting her to be snatched away in a split second by ‘him’. “What do we do, Freitha?” He looked back at the dragon, looking at her earnestly for advice.

Freitha was thoughtful for a while, her electric blue eyes piercing the girl. Soon she replied.

“It is past midnight. Let her enjoy the day. She is old enough to be told, even though she is still young. We shall tell her tonight. There is still a week before he comes.”

Eisen relaxed considerably and looked back at the girl. He hesitantly walked towards her and paused just before her. She was still sleeping peacefully. Eisen reached out and gently placed his palms on her forehead, his touch as light as a feather.

Then the pair melted into the shadows as mysteriously as they had appeared. 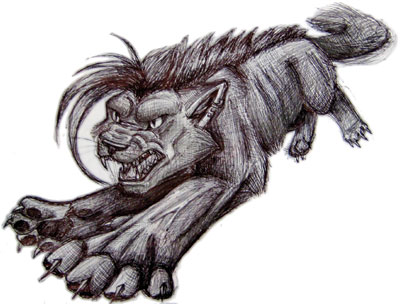 The author's comments:
This is something that I'm working on. I haven't thought of a name yet so for now, I'll just call it 'Arianna'. Also, everyone should know that I am taking inspiration from 'Eragaon' and I have copied one or two phrases ^^" Enjoy and criticize please!
Post a comment
Submit your own