Kuros dark eyes pried open to the black of night at 5:30. She got up and dressed in her typical black long sleeved shirt and black pants. She walked into the bathroom silently and put on her black lipstick, eyeshadow, etcetera. She brushed her long black hair to try and make it straighter and less conspicuous then it already was. The light stayed off, she preferred it that way. When the grey light of dawn filled her bedroom she snuffed it out with a quick, simple hand gesture.

Her foot tingled as she used her gyft, the small extra bone in the arch of her foot called her talent, and the source of her power. Darkness was her gyft she understood, Illumination, her other gyft, was a mystery to her. But a beautiful mystery, like a dark poem saying so much in so few words, and leaving so much up  to the readers interpretation.

Darkness was so straightforward she found it dull. There was no mystery to it, no interpretation, no spirit or emotion. Simply physically draining light from a space. She couldn't see anything anymore with no faint moonlight or starlight, but she knew her room well.

She heard an alarm, then yawn and a bang from the room beside her, then a crash complete with a faint ‘ow!’. Her sister had woken up. Based on the crash, she would actually get up instead of sit half asleep for a while. She loosened the darkness and looked at the clock. 6:15. Indigo must have rolled out of bed.

She tightened the dark again and sat on her bed, already ready for school, and got lost in thought. About a half hour later  her door opened and loud footfalls entered.

“Morning, Kuro.” the voice was sleepy, yet still somehow loud. “Let some light in before i kill myself on something?”

Kuro let the gyft go and light flooded in, making her blink. “My room isn’t a mess. Theres nothing to trip on.”

Indigos rainbow hair looked really long. No, it was just blending in with her painted jacket? It was hard to tell and Kuros eyes weren't used to the light. “Yeah. what were you doing in the dark?”

Indigo looked at her skeptically. “K.”

“You could wake up later and be less bored.”

“I'm not bored when I'm thinking. And I like the dark of premorning.”

“Technically yours but I didn't like the squid ink you put in pancakes last time. It tasted like depression. I’ll make it to avoid that.”

“Better then your food dye preferences. You do realize every color together makes brown, right? You've used paint before, right?”

“I thought maybe food dye would be different! Maybe work like tie dye or something!”

“It's fine, I can make breakfast.”

Kuro was afraid to know what but she knew Indigo would tell her anyway. “What?”

“Put the eggs in different bowls then cook them together!”

“Are you going to burn it on purpose?”

“You would if burning turned food pink. No, of course not.”

They walked out and she got some toast going and poured orange juice. Their parents were still asleep, of course. She left a plate for them and went with Indigo to school. She being older she drove.

“Hey stop that.” she wanted to glare at Indigo but couldn't take her eyes off the road, especially with Indigo making colorful swirling illusions in the air, extremely distracting colorful swirls.

“It would be- no.” Indigo caught Kuros glare. The illusion dropped.

“Thank you.” she said pointedly. They pulled into the parking lot and walked into school. Kuro stayed in the back and in the shadows as best she could, trying to escape notice. Indigo was in the front of the class shouting out answers without raising her hand and laughing with friends. Nobody saw the dark girl in the corner, exactly how Kuro liked. She liked escaping notice, it gave her a sense of control. She acted like she was in control always, but in truth she was never in control.

School ended and she got in their multicolored car and sighed. The car drained of light and she finally relaxed. Indigo opened the door in a moment and she let the light flood back in. Indigo got in and Kuro turned on the engine.

“What kept you?” she asked.

“Just talking to friends.” Indigo traced patterns on the black dashboard. It was a shared car, they agreed Indigo could paint the outside and Kuro got the inside. Thus the inside was deep black. Indigo had enchanted some illusions on it so some things shimmered slightly, deepth in the black, sort of like an opal.

“Are you using food dye on the bread again?”

Her sandwich was crimson. It wasn't as bad as the rainbow explosion that Indigos was. She glanced at the plates for their parents. No color. She almost wanted to swap, but she didn't want Indigo to get l trouble for it. They finished lunch and heard footsteps.

“Lets go.” she said and they went to indigos room that had so many colors it broke her brain. And so messy… inside the closet was a staircase to a tunnel system. She walked the familliar path to her caves. Unlike litrally every inch of everywhere else, her caves were black. She went to the only cave she used and sat at the table, pulling out her pencil and a peice of paper. Indigo sat on Kuros cot, legs swinging.

The solace of the unknown

The cofort of the familliar

The night is safty

The night is familliar

The comfort of what I know

And what danger doesn't

The silence is my safty

The light exposes me

The light shows me what I don't want to seSe

And only I know

And none else can enter

She finished and set it aside.

“Sure. It’s pretty normal, nothing unusual.” she handed the paper and watched Indigos eyes scan it.

“When will you show me the other poems?”

“What are they about?’

“My thoughts, my secrets, my dreams. And them.” they both knew who she meant by them.

Indigo sighed and started playing with the floor of the cave, pushing it up and down and listening to the grating of the stone.

“Ok. I’m going to go paint that area under the mountain, the looping one.”

Kuro nodded and watched her leave, then pulled out one of her secret poems.

If I try hard enough

Please someone see me

It's getting to rough

I know you have to care somewhere

She crumpled it in frustration with tears in the corners of her eyes and threw it toward the trash, turning to her desk to write something to get the hurt out. She didn't see it bounce off the rim and fall into Indigos cave.

Hours later she was sitting in her room. Indigo walked slowly back home, thinking, when her foot bumped into something. She looked down and saw a crumpled peice of paper. She opened it and read. 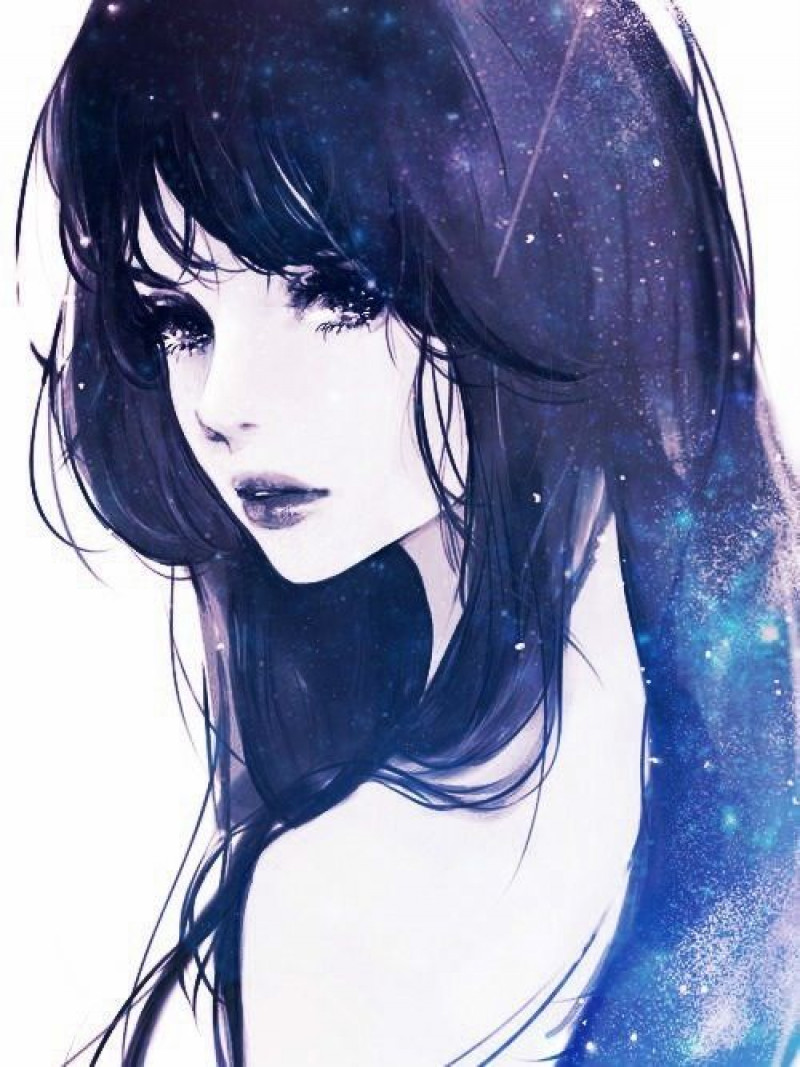 indigo is my character in a roleplay. after a fight, Kuro is going to be used by the villain and seem to be evil. then she'll die protecting indigo from herself.