Red collected her bow and left. She was a hunter, and good at it. But she wasn't hunting a deer or other prey. She had plenty of food stored up. She walked silently into the forest, her black cloak rippled in the wind. She didn't know why anyone would wear red in the forest. It was like announcing to everything there,

'Hey, come eat me!' She was called red because of the blood of her prey. having red on her was suicide. her raven hair and deep brown eyes blended well. She kept going, watching for tracks, until she found them. Huge paw prints. Wolf. She had found them every day for the last week but never found the wolf. She followed the tracks to a stream. They ended, with no wolf in sight. The hair on the back of her neck stood and she spun around. Dusk was falling, but she saw nothing in the numerous shadows. She turned slowly in a circle, and the feeling went away, leaving just a cold uneasiness.

She began to walk home. Every step left her more on edge than the last. Night was upon her, and that was when the things to fear came out. They never left tracks and they never appeared during the day, but many villagers reported seeing things in the forest at night. More went missing. She had caught a couple blurs of movement, but she wasn't stupid enough to try to hunt them down. Others had tried. The record was a soldier. He disappeared on his 6th night. Most didn't survive the first.

She glanced around warily. She heard a noise behind her and forgot everything. She straight-up ran. The sound of snapping twigs underfoot assaulted her ears and propelled her on until she couldn't keep moving. She fell, exhausted, and slept right there despite the danger.

She had a dream that night. A massive black wolf laid by her all night, growling at shadows in the forest. Keeping her alive. She could feel their hunger, their hatred. It was so immense she wanted to scream, so powerful. She woke up. Not a hair was out of place. She saw wolf tracks around her, but nothing else. The tracks didn't lead from or too anywhere, she had nothing to track. She stared around. The trees appeared calm and peaceful now, they didn't evoke the fear they did at night, let alone in her dream.

Why did she dream about a wolf? maybe it was a clue to find the brute. Unnatural things happened in this wood. Maybe her dreams would help her kill it. It was probably the thing killing people.

She tried to head home. She was lost. Idiot! Why had she ran so carelessly? She tried to trace her steps, but couldn't. Suddenly, she caught a flash of black fur. The wolf! She drew her bow and followed it. It disappeared. It flickered in and out of view but she never caught up. Then she reached the edge of the woods. Great, she was more lost than before. She glanced out. It was perfectly familiar. She was home!

She collected more food and supplies. She was close. She went back into the woods and found more tracks. She followed them. They disappeared again. No! She was so frustrated! She turned around to go home and- There it was. A majestic black wolf, fur shining in the sun. Sitting, studying her. She smiled coldly. She had done it.

She raised her bow. Its expression fell, it was as tho she had just dashed its hopes for her. It looked resignedly into her eyes and waited. She aimed carefully, pulled the string tight, and released. The arrow hit its mark, shot straight between the piercing white eyes. The wolf slowly fell over, sprawled out. It was dead. She fully enjoyed the satisfaction of success.

And suddenly, shadows rushed at her from every tree, every hollow. Evil hatred attacked her from all sides. She tried to fend it off with her hunting knife or run or something, anything, her vision went entirely black... She had been consumed, she joined the shadows. She would hunt, hunt forever, to try and satisfy this eternal hunger. 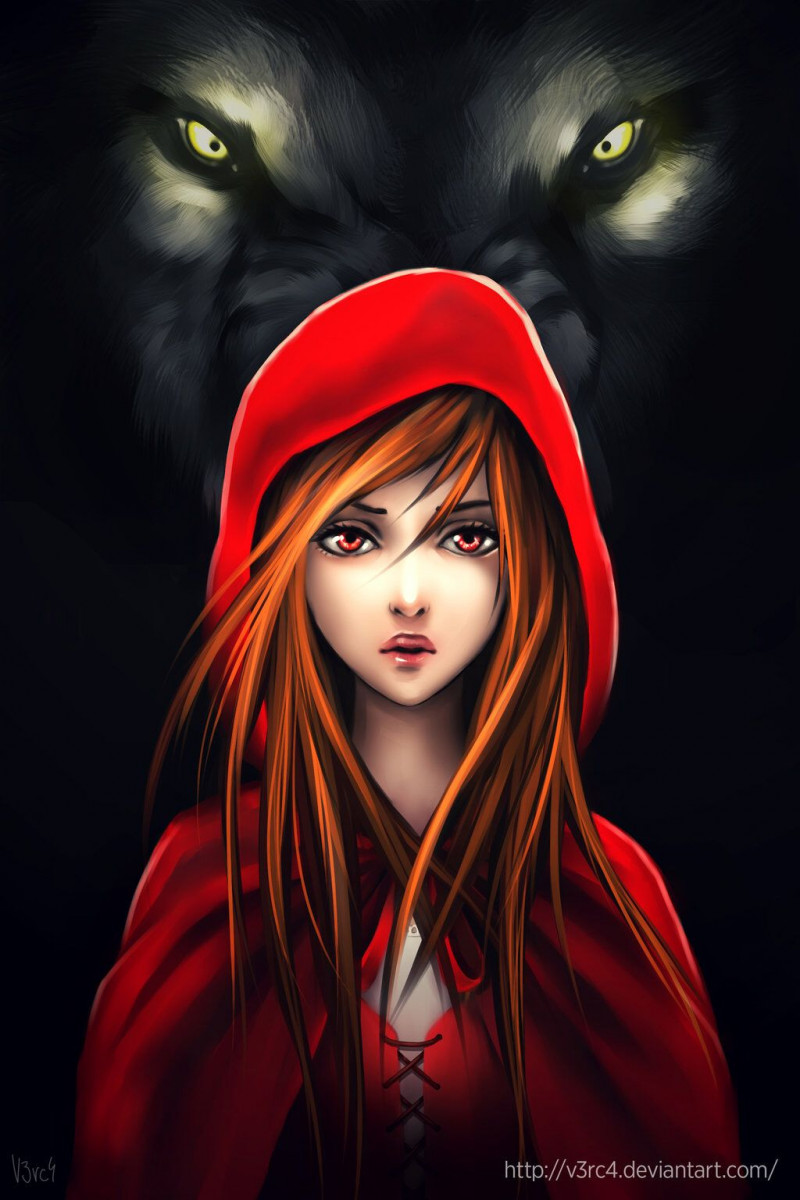 actually really proud of this.

View profile
Wolves reading this will be very very upset