Once upon a time, there was a little boy named Alex. Alex is an arrantly shy boy. He did not have many friends and had no one to play with. One day on his peregrination around the town square, he noticed a beautiful blonde-haired girl. The sight of her was so refulgent, that he could not look away. The girl was tall and thin. Her hair was golden like honey with curls that bounced when she walked. Her eyes were piercing green with dark eyelashes to contrast them. Alex was convinced that this was the most beautiful girl he had ever seen. He desperately wanted to talk to the girl but was too scared. Thinking about all the ways the conversation could go wrong, he made up his mind and continued on his way. While he continued on his walk, he was constantly thinking about the girl from the square. The desire to go back and talk to the girl was unremitting. Alex then decided that he was going to face his fear and go talk to her. This act of courage was a huge step for Alex, but he was still nervous. To allay his nerves, Alex practiced what he was going to say to the girl when he saw her. As Alex was rehearsing his speech, he felt a tap on his shoulder. He turned around to see the convivial girl waiting to meet him. Her personality was bright and bubbly. She introduced herself and asked if she could join him on his walk. Quickly, he agreed to her request and they walked happily ever after. 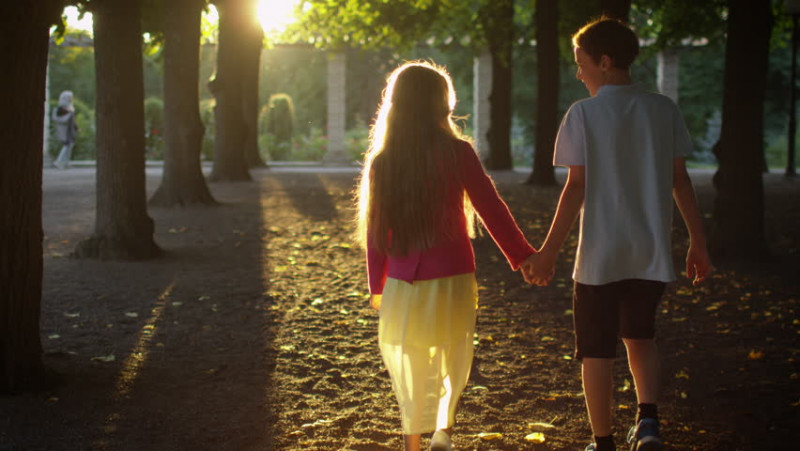 This a short story about a shy boy and a beautiful girl.