Out of Money | Teen Ink

Favorite Quote:
"Kindness makes you the most beautiful person in the world, no matter what you look like."

“Thomas! I will NOT go to the soup kitchen! Do you know how desperate that would make us look?” I heard my mother shouting at my father. Our house was small, so the walls were thin. ‘If only the house was bigger, and we weren’t out of money.’ I dreamt.

I heard my mother sigh and then her footsteps down to my room that I shared with my two siblings, Maria and Jack. “Hello, Katherine. Could you please go get some food from the market? Your father doesn’t seem to want to.” I could see the frustration in her eyes. Money was so tight, lately. I really didn’t think that I could go to the market without getting harassed by my father for spending money, but I could also see how stressed out Mother was lately, so I just nodded my head and she gave me two dimes. How was I supposed to buy food to feed my family of five with just twenty cents? I thought to myself.

I walked out the screen door to find Maria and Jack playing with mud and sand.

“Ugh! You guys are so messy! Come on, wipe yourself off and then we have to go to the market to buy some food!”

“Katherine, you’re no fun!” yelled Maria. I knew I was being strict, but I didn’t want Mother to have to sew new clothes for them, considering the Stock Market Crash. She wouldn’t be able to get thread or cloth.

Once Maria and Jack were all cleaned up, we headed out to the market. I looked around at what they had to offer. ‘Hmm.’ I thought. ‘Well, Mother said to get something nutritious, but something that we will all enjoy.’ This was going to be hard. The carrots looked good, but Mother could just pull some fresh ones out of her garden and we could have some good food for free. I looked at the potatoes. ‘Mother could make soup with these!’ I thought to myself. I bought some potatoes and celery, spending all twenty cents. I took Maria and Jack, who were about to eat the celery, by their arms and practically had to drag them home.

I walked through the door and took off my dirty boots, muddy from pulling Maria and Jack out of the mud earlier. “Mother! I’m home! I bought some potatoes and celery, and I figured you could pull some carrots from-” I stopped talking when Mother walked in with a heartbroken look on her face. “What? What is it?” I asked. Father walked into the kitchen with a paper in his hand.

“The banker took a trip to our house while you were gone.” Father started. ‘Uh oh.’ I had an idea of where this was going. “We have one week to get enough money to pay our house bill, or we will be evicted.”

Once the news sunk in, tears were streaming down my face. I went to my room. ‘Why had I ever wished for a bigger house? I should have been happy that we even had one!’ I thought to myself.

I figured that crying wasn’t going to make anything better, so I walked outside. There was a man walking home from work. I believe his name was Mr. Baker, who lived down the street. He had black grease on his arms, which told me that he probably worked in a factory. Then, I got an idea.

I ran out the door to Mr. Baker, with the notice for eviction in my hands. “Mr. Baker!” I yelled out to him. He looked around at who was calling him.

“Actually, it’s Katherine, but you were close! So, this afternoon, my family got this notice for, um, eviction. We have been REALLY tight on money, lately, and I was wondering if you could help us.” I was really hoping he would go through with this.

“Well, we are awfully tight on money right now too, but I will do whatever I can to help.”

My heart skipped a beat. “Oh, thank you so much! Once you help us, we will be sure to help your family in return!” Then, I explained my plan to him.

Monday was the first day that I would go through with this plan. I snuck out of my bedroom, just as the sun was  rising and the birds were starting to sing for the day. I made sure not to wake Maria and Jack, and Mother and Father.

Mr. Baker met me near our house, ready to go to work. We took the bus, and I paid with the few nickels we had left. ‘This plan better work, or I have just wasted some of my family’s last money.’ I thought to myself, as I boarded the train, with Mr. Baker behind me.

The train ride was long and boring, just how train rides should be. Mr. Baker (who now told me I could call him Robert) and I left the train in a hurry, so we could get to our destination. I followed closely behind Robert (Mr. Baker) as we walked into the textile factory. This was where Mr. Baker worked. The plan was that I would work here until I earned enough money to pay our family’s house payment.

“I have to say, Ms. Olson, that your plan was sneaky, but genius.” Robert told me. I smiled. I had always been known for my master plans.

Once Robert told me what to do, I got to work. I had to roll and weave textile. It was actually kind of tricky. At one point, I poked myself with the needle. My finger started gushing blood. “Ow! Robert! Help! I cut myself!”

He rushed over from his spot and said “Yes, that can happen often. But let me take you to the nurse’s office, just to bandage it.” I followed him. In this big factory, he seemed to know pretty well where he was going. He must have worked here for a while, maybe even before the Stock Market Crash.

As I was trying to hold back the tears in my eyes from my painful finger, I wasn’t looking where I was going and I crashed into someone. “Oh! Sorry, sir!” I looked up to see who it was. To my surprise, it was my very own father.

I knew that there was no lie I could make up about this. So I just told Father everything. The whole time I was telling him, he just nodded his head. After I finished, he just looked at me. But then, I saw a smile starting to form on him. “Kat, that is the exact same thing that I would’ve done at your age.”

“Well, believe it, kiddo. And I’m so proud of you for doing this for our family, even if your mother was about to tear the city apart looking for you.” He chuckled.

“Yeah, I did this to get us some money in hopes that Mother wouldn’t be stressed out, but I think I just stressed her out more.” Now, I felt a little bit guilty.

“Well, I’ll tell you what. We can work together and make enough money by the end of the week. Then, your mother will not be stressed out. It will be our little secret.”

My heart filled with joy. “Oh, thank you, Father!” I pulled him into a hug and then went over to Robert and gave him a big hug. “Thanks for your help.” I said, with a big smile on my face. Now, my family was going to keep our home! I was so happy! Now, I could finally feel grateful. 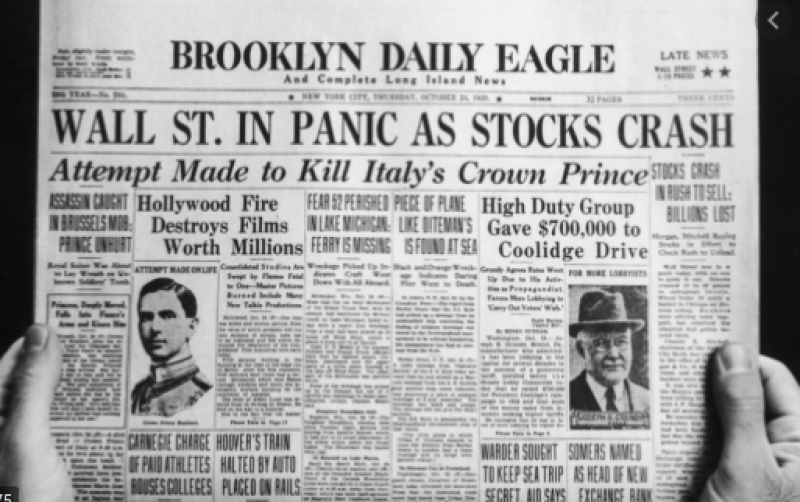 Thank you for reading my story! I love learning about the Great Depression and other historical events, so I decided to share it with you guys! I hope you like it!

Democracy... while it lasts is more bloody than either aristocracy or monarchy. Remember, democracy never lasts long. It soon wastes, exhausts, and murders itself. There is never a democracy that did not commit suicide.
John Ada