Some people see dead people, some people can see in general.

Me, I can’t do either of those things. I’ve only seen five people my entire life, five people in this endless darkness that has been my life since the day I came from my mother’s womb. Complete and total blindness. Except for five times. Those five times, though, those are the moments I crave the darkness and wish that my blindness was just blindness that there wasn’t some kind of curse that came along with it. Because while there are some people in this world who can see dead people, I can see almost dead people. If it’s your time to go and you cross my path, I will be the first to know.

When I first realized I saw people who were about to die, I didn’t know that’s what that was. The first person I ever saw was my grandmother. I was five. She was 73. My mother said she was diagnosed with ovarian cancer when she was 63 and for ten years she fought it, some days it was worse than others but the doctors just couldn’t rid of it. Then, the doctors told her she was cancer free one day, there was not a single cancerous cell in her body. The next day, I saw her.

For an older woman, she was beautiful, maybe I was biased because she was the first light in my never ending darkness but I couldn’t stop looking at her. When I had asked her what color her hair was, she told me gray. She named each color she wore, thinking I was just curious about colors. She didn’t realize that she was the first set of colors I saw and I finally had something I could see to go with the names I had been told. I soaked up everything she told me that day, not telling her that I could see her because I didn’t want to jinx it. But then, after I went to bed for the night, my parents got the call. And I was back in the darkness.  The next morning they told me she slipped while getting out of the bathtub and died.

The next time I saw someone again, I was eight. My mother and I were walking along the street when I saw a young boy, probably eighteen walking down the street. A few moments later, my mother let out a scream as he jumped in front of a city bus.

One minute, he was there, the next I was submerged in darkness. My mother, after that, simply kept telling me how lucky I was that I was blind in that moment. She said it would be ingrained in her mind for the rest of her life. She didn’t realize that I would be stuck, for the rest of my life seeing that moment.

I saw him standing there in this black void then suddenly, he’s a smear on the black void. The way my curse worked was that I simply saw the person. Not their surroundings, not anyone else. Just the person.  Everything around them was darkness. After the boy, I was stuck in darkness for a long time. Maybe it was a good thing I wasn’t constantly surrounded by death. My family lived in a small town, it wasn’t every day that someone died and when they did, the entire town knew.

The last three people I saw, they were all together. Two little girls and their mother. I had only seen them for a few moments. They had walked into a shop or something. I don’t really know. One moment I saw two happy, blond haired little girls who seemed like they had the best life in the world and a mother who looked tired but looked like she loved her kids more than anything. Later my parents were watching the news and they popped up. The anchorwoman had announced with a heavy heart that Rita Simpson’s husband, Richard, had killed her and their two daughters, Nichole and Emily in a fit of rage. I was fifteen. I stopped leaving the house. Moments of color and life were now a curse to me, they were swashed in death and heartbreak and that wasn’t something I could handle dealing with. I wish I could have said something to those people, said something that would change it but I couldn’t. I never had the opportunity and even if I did, how likely was it that they would have believed me.

When I had closed myself off after that, staying home to do homeschooling with my mother instead of going to school. My parents thought I had gotten depressed over my eyesight. They were sort of right but I was not depressed that I was blind. I had accepted and embraced the darkness a long time. It was the times that I finally could see that had me depressed. I couldn’t stop blaming myself and all I could do was sit there and think about how every single one of those deaths could have been prevented. I could have said something to stop it but I didn’t. I vowed to myself then that if that ever happened again, I’d say something. I’d figure out an explanation for how I know and go from there.  But I wasn’t going to let another person die when I knew I could prevent it from happening. While I wanted to do that, though, I was terrified. Because the way I figured, either as soon as I told them that they were going to die today, it either wouldn’t change anything, or it would change and I’d never get to see anything again. As selfish as it sounded, I didn’t know what could be worse.

For the next three years I stayed in the house, I became a recluse, only leaving to go to therapy—as my parents still thought that all of this was just because I was depressed about being blind—and if my parents forced me out to go to dinner with them or family friends. I kept my glasses on at all times, I didn’t look around I just did as they expected of me.
Little did I know, things were about to change drastically for me, and not in a good way.

“We’re having a party tonight to celebrate your father’s promotion,” my mom told me, as we sat around the table eating lunch, a nice hot tomato basil soup with pita bread. “So, I am going to help you get ready so that you can look nice. A lot of big name executives from the city are going to be here tonight and I can’t have you looking like a hermit.”

I nodded, took a small sip of my soup, careful not to spill any and stayed quiet. I knew they had been planning on celebrating my dad’s promotion but I wasn’t expecting all of these people to show up and dread built up in the pit of my stomach at the mere thought of all the people that were going to be at my home, my safe haven. What if I saw someone? I swirled my spoon around in my soup, trying not to think about it, trying to reassure myself. No one would die at a house party, no one was going to die today and I just needed to stay calm about it all before I went into a panic attack over it all. All of my worries were ludicrous and I needn’t worry about it.

“Can’t I just stay in my room the entire time?” I asked.

“No, we need you to meet some of your father’s friends and coworkers.”

“Why? So everyone can know that he’s such an amazing father for dealing with a blind kid?” I asked bitterly, something in the corner of my eye moved and my head shot up. I looked around, darkness, everything’s dark- there she was. A tired, worn down woman with greying hair and dark circles under her eyes. She had wrinkles at the corners of her eyes. She looked tired, but classy and content. She was my mom and she was going to die.
I looked down, I couldn’t look at her. I wanted my darkness. I wanted my sweet blissful darkness. Instead, I saw a pale hand resting on the darkness.

“No, it’s not because your father wants to show off his blind daughter, Olivia,” my mother said with a scoff as if she couldn’t believe I would ever suggest such a thing. “It’s because he’s your father and he wants you to be down here.”

When I got to the bathroom, I slowly opened the door, my heart thundered inside of my chest as I stepped in and carefully shut the door behind me. I turned to face the sink where I knew my parents hung a mirror over and slowly stared into the darkness when I saw it—saw me.

My hair was a light brown color, it hung limply over my shoulders. Across my nose and cheeks were little brown dots and I wondered if these were the freckles that everyone told me they loved so much. My nose was slightly upturned, my eyes were a dull light blue. I was in awe. I rested a hand on my cheek and stared. Yes, I was going to die. But, yet, I was still so astounded by my own looks. I had never had a desire to see what I looked like before, I never truly cared. I had only ever wished to see everything else instead.


But, as I looked at myself in the mirror, I started to fade as I made a decision right then and there. I was not going to die today. I was going to find whoever it was that was going to come here and kill us and I was going to get to him first. 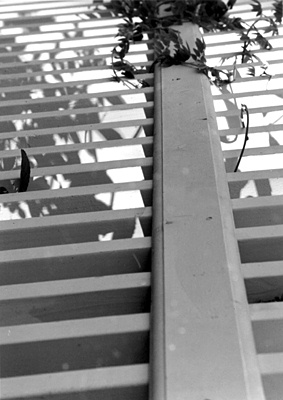 I'm a senior in high school aiming to go to college for creative writing and English. I was inspired to write this piece mainly because I saw a writing prompt about it in my Creative Writing class. After that, it's become one of my favorite stories that I've written in a while.

Favorite Quote:
I jutht want to conquer people and their soulth.

View profile
Thith ith thenthathional
Nellah said...
on Mar. 20 2018 at 1:01 pm
I like this kind of text, a few of darkness story with a felt of sentimental part
Rebekah_wonders BRONZE said...
on Mar. 16 2018 at 12:34 pm
Rebekah_wonders BRONZE, Asheville, North Carolina
1 article 0 photos 1 comment
View profile
Oh my goodness this is such a good story! And such a creative idea!
BookWerm SILVER said...
on Feb. 2 2018 at 5:58 pm
BookWerm SILVER, Orem, Utah
8 articles 4 photos 10 comments

Favorite Quote:
"Being optimistic is filing in a cross word puzzle with a pen" -Anonymous