Wearing glasses made Jeremy nervous. He hated them: brittle things so close to his eyes, ready and waiting to shatter if provoked. The lady at the optometrist had just smiled at him after his fears came stuttering out.

“They're not really glass, sweetie; they're plexiglass. Do you know what that is? It's the same stuff car windshields are made of. It'll scratch, maybe even crack, but nothing worse than that. Promise.”

Still, the idea of blindness haunted him. He shrank from sports and couldn't help but shudder at the thought of shards and blood and hospitals. His father stopped trying to play catch with him after the eighth time Jeremy cringed to let the ball plummet past him. He didn't even mind his father's sigh of disappointment (or disgust; it was hard to tell). He knew that he needed his eyes intact more than he needed whatever his dad could offer.

At school, Jeremy watched puberty slouch through the narrow hallways. Among Waverly Junior High's bristling crowds, it seemed that everyone was too something: too short, too pimply, too fat, too gay, too weak. Details that might be overlooked by another seemed glaring to him, painfully obvious. The ones who weren't blatantly wrong in some way were only better disguised. The few unblemished to the naked eye were narcissists, jerks, smokers, or bullies.

He saw the girls who pretended to check their phones while preening and pouting at themselves in the mirrored surface. He watched the boys who ducked into the bathroom before class and immersed themselves in clouds of body spray, masking the smell of pot.

Jeremy knew that he was no different, no better: he was scrawny, too short for his age, and flushed deep red when nervous. And the glasses must look ridiculous, he knew, sliding down the sweaty ramp of his nose, the frames clinging to his ears like bats. When he slid through the mob between classes, his focus was straight ahead, never making eye contact. He never wanted to catch them watching.

Tuesday was the cruelest day. Tuesday meant gym and all the humiliation and exposure that went with it. He couldn't scuttle off to the next class without being subjected to a parade of other people's bodies stuffed into ill-fitting uniforms. He would either want what he saw or be repelled by it: an uncomfortable ordeal in any case. The shorts' elastic waistband twisted around his hips, and he squirmed.

The game of the day was dodgeball. Jeremy spent the whole period edging back and forth along the back wall, flinching whenever a shot came too close. At last, the loudspeaker chimed the end of the period, and the class began to shuffle to the door. He fell in line, fixing his eyes firmly on the gray uniform ahead of him. Jeremy was eyeing with distaste the tangled, greasy hair that fell past the boy's shoulders when he was struck in the side of the face.

He reeled and fell, his head knocking sharply against a wall. The rubber ball responsible bounced nonchalantly away. Blush burning in his cheeks, he could hear a shouted apology echo from across the gym. As he clapped a hand to his stinging temple, Jeremy realized his glasses were gone.

He blinked, trying to dispel the painful patterns of light that wobbled across his vision. Rubbing his eyes, he scanned the ground frantically amongst the shifting forest of legs and sneakered feet. Catching a glimpse of light glinting off a lens, he pushed his way through the crowd and fell to his knees.

A girl shrieked as she felt something brush past her ankle, and one of the many marching feet stomped down onto two of his fingers. As the herd rumbled away, Jeremy stayed kneeling, pulling his discovery close enough to squint at. He groaned. The frames were askew on one side, twisted like a broken arm, while the glassy surface was scuffed and scratched in a dozen places. He shut his eyes and shook his head once, twice, as though when he opened them everything would be better. Jeremy didn't know which was worse – that he'd had made a wish, at his age, or that it hadn't worked.

When he finally stood up, the world was blurred around the edges, as though it had been sanded down, the corners softened. He stumbled to the door, stuffing what remained of his glasses into his pocket. At the very least, the optometrist lady hadn't been a liar. Jeremy stepped out into the hallway to join the human current.

As he was swept along to his next class, he stared. The roar of dozens of voices surrounded him, and Jeremy couldn't make out a single face, not a single flaw, as if they had all been smoothed away. If their eyes were on him, seeing the red fade from his face, he would never know. No one was watching. Not him, not them. It was perfect. 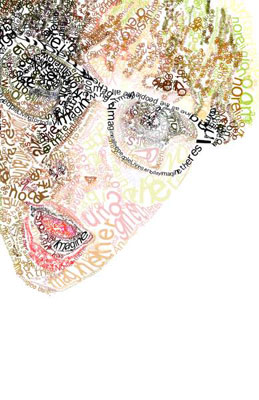 Favorite Quote:
"it's impossible to live without failing at something, unless you live so cautiously that you might has well not have lived at all-in which case you fail by default."
-J.K.Rowling

View profile
Wow this is really great! I love the ending, such a interesting veiw of high school! Amazing story! Would you mind checking out some of my work? Thanks!
Setizia GOLD said...
on Sep. 13 2012 at 8:56 pm
Setizia GOLD, Darnestown, Maryland
13 articles 5 photos 44 comments

View profile
Completely unique and unexpected! While other people write about being able to see the world after getting glasses, this is the exact opposite. Furthermore, I like the details about the glass, and what it might imply. Awesome imagery! I also used to wear glasses, but I got these night contacts that fixed my vision while I sleep. Sometimes they don't work very well. After reading this, I'll look forward to those days.
Kestrel PLATINUM said...
on Sep. 12 2012 at 3:43 pm
Kestrel PLATINUM, Warrenton, Virginia
29 articles 11 photos 189 comments

Favorite Quote:
-There are more things in heaven and earth than are dreamt of in your philosophy. (Shakespeare, Hamlet)

View profile
I like this a lot. I now have contacts, but my mom used to joke that I shouldn't wear my glasses around her because she knew that she would look younger to me. Honestly, my mom is beautiful, but now that I'm in high school I understand the eternal want to smooth over any and all imperfections. But really, those imperfections are what make up life. I hate going outside without contacts; I feel blinded. Details are important, but still, I love this article.
A.PaigeTurner said...
on Sep. 10 2012 at 11:31 am
A.PaigeTurner, San Antonio, Texas
0 articles 0 photos 125 comments

View profile
I went to camp this summer and my room-mate had terrible eyesight. But she said "I never wear my glasses. Being without them makes everybody look attractive." :) Good job capturing such a true feeling, and I love this story. 5 Stars
i_am_so_very_large_and_towering SILVER said...
on Sep. 6 2012 at 3:21 am
i_am_so_very_large_and_towering SILVER, Mililani, Hawaii
5 articles 1 photo 114 comments

View profile
this is really good - i love the ending!