Favorite Quote:
"Herb is the healing of a nation, alcohol is its destruction." - Bob Marley

“So you’ve finally come, sit down. Here, have a drink, delay your task for a little longer.” The old man turned to face a man dressed in black, his face painted, a combat rifle in his hands and other weapons strapped on him. Dried blood spattered the man’s black clothes; some of his face paint had been replaced with the dull brown and red hue. The man in black held his rifle in front of him, steadily pointed at the old man’s head, his finger caressing the trigger. The old man, as if oblivious to the weapon, walked right up to his assailant and offered a glass, his forehead nearly resting on the barrel of the rifle. “Here, take it, it’s very good bourbon.” The man in black didn’t move, his rifle still resting on the old man’s head. “Not one for talking then, eh? Alright then, kill me if you must, but make it quick, I’ve no desire to stand here all night.” Though they could not be seen, the man in black’s eyes changed from their dull confidence to bright surprise. He stood stock still, unsure what to do, his finger still lightly touching the trigger. The old man sighed and turned; he sat down in a cushy chair and raised his glass to his lips. He reached into his pocket for a cigar and lit it. After taking a long draw and releasing a puff of smoke he motioned to the other man, “Come on then, sit down, you can’t stand there all day. Close the door first though, it feels like it will rain tonight.” The man in black slowly lowered his gun; he moved the door closed with his foot, never taking his eyes off the old man. The old man sighed and put his hands up in the air. “Look, there’s nothing in my hands. I have no tricks up my sleeve. Come along now, sit down and have a drink. Cigar?” The man in black sat in a chair opposite the man, a small wooden coffee table separating them. On it rested another glass of bourbon along with the bottle. The old man produced a few cigars and a lighter and put them beside the glass.

The man in black looked around the room; it was a large, wooden cabin. The walls were made of thick logs that seemed as if trees themselves had formed them. The room was outfitted with a large television and several chairs, all fitting the rustic decorum of the house. A staircase led up to more floors and a door to the right of it led to a kitchen. The man in black knew this because he had taken photos, had seen surveillance on the house and had studied it for weeks now, preparing for every exit and situation, every situation except this one, being invited in and offered a drink. “So, what’s your name then?” The old man asked. “Surely you have one?” Receiving no answer, the old man thought for a moment. “Well, I’ve got to call you something. How about Jerry? Yes I like that name, I’ll call you Jerry then.” The bourbon tipped back into the old man’s mouth. “So, Jerry, we both know why you’re here, but do you know why I’m here? Why I’m still in this house after I knew my death had been called for? Because I don’t have a clue.” He finished his glass of bourbon and began to pour another, lightly smoking his cigar. “I guess I was tired of running, tired of fighting, I wanted a change in perspective. I had been the hunter just like you, the young predator, invincible in youth, then the cautioned middle aged man, hardened by injury and wiser for all my mistakes. Now I’m something else entirely, now I’m the prey, the used up asset, the eternal danger. I’m too old to fight, but I hold enough breath to expose you all, to drain your resources and prove an everlasting pain. Once their greatest weapon, the best of all men. But now, as I think back on my service to the Organization, all I can remember is accomplishments, my goals as I knocked them down like dominos. One after another, each one leading to the next, and now, I find no more to knock down. I do not feel pleasure at seeing the things I’ve changed, the aspirations I have satisfied, but I don’t know why. Surely I was an important man? I’ve assassinated countless leaders of nations, led many a revolution and stomped even more out. I changed things, I’ve helped shape the course of our world, that must give any person some amount of pride or joy? But now that I live here, among the trees and the forests and the lakes, I realize the world’s stayed just the same.” As the old man became silent, the persistent sound of bugs grew louder, their chirps rising and falling in the night.

“Why did you join the Organization Jerry? Were you drawn in through power? Money? Or were you like me, who just joined because I felt I should. I was told by everyone I should so I got right in the middle of it, silly thing to do now that I think about it, to do it without emotion, or really my own will.” The old man’s cigar went out as he pushed the end into a nearby ashtray. As he did so, rain began to lightly fall on the house. The young man in black stood up and pointed his weapon at the old man. “Enough chit chat then? Like I said, please make it quick Jerry.” The young man pulled down his mask to expose his mouth.

“My name’s Michael” he said, quickly placing a bullet between the old man’s astonished eyes. He slung his rifle across his shoulder and picked up the bourbon glass, draining it with one gulp, and then smashed it against the floor. He left the house in the stormy night, the rain coming down harshly now. He disappeared into the forest, on his way to an old man himself. 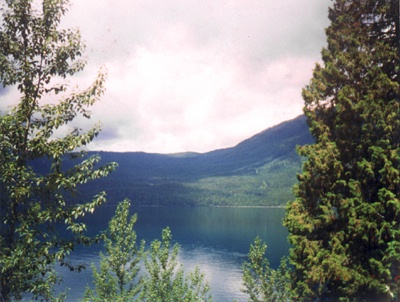