Musings of an Art Student MAG

I think my very firstdream was to be a greeting card designer. I'm not sure why. It struck me as aninteresting occupation at age three, fat crayons gripped in my hands, scribblingmercilessly on a defenseless piece of paper. When I finished, I folded it andtucked it in my mother's briefcase.

That night, she came home and kissedthe top of my head, taking my pudgy hand into her own, drawing me into her armsand rocking me gently. "Thank you for the card," she said. Momentslater, when we disentangled our limbs, she took it out of her briefcase andpinned it on the refrigerator, as it proclaimed: "Look What an Artist IAm!"

I prided myself on my drawings, developing an appreciation forcolors and presentation. I especially liked chalk. It felt inexplicably rightbetween my fingers at eight years old, stretching a tail on the wall in its wake,curving and spinning and ending, abruptly, at the base of my father's palm. Heconfiscated 13 pieces of chalk that year, tucking them away in his sock drawer ina discreet black box. He thought I had no idea where he had put them but Iretrieved two and a half pieces; my father walked in when I was fetching thethird, my terror snapping it in half while still partially in the box.

Atnight, he would grasp me about the waist, his monstrous hands nearly meeting inthe middle, and set me upon his right knee. If I were especially still and quiet,he allowed me to stay up 15 minutes past my bedtime to watch the end of afootball game. Then, he would set me back on the floor, kiss the top of my headand send me to bed. "Thank you for the chalk," he teased. I laughedheartily, guiltily, already formulating a plan to acquire more.

Pastelswere a fresh addiction at age 13. I received them for my birthday, and my handsquivered with emotion as I removed them from the box, one by one. I laid them outon the carpet and stared at them, my eyes dancing from color to color, soaking inevery detail. I would make a mural, I promised my brother, for his room. He hadnever seen a mural as great as the one I would make him. Just wait, I toldhim.

Two nights later, as I unfolded my masterpiece, the product of nearly20 hours of toil, he wrapped his slender arms around my neck and brought me intohis warmth. I nestled my head in the curve of his neck, grateful to have finallyreached this boy, this man, who had eluded my affection throughout my childhood.The mural depicted a small girl racing from a lake to meet her brother on a dirtroad, but he saw none of it. He simply rolled it into a neat cylinder and stuckit in the corner of his room.

"Thanks for the mural," he said."I hope you don't mind if I don't put it up tonight." I did mind, butsaid that I didn't, and bid him good night.

And now, an art student. Mycards, chalk and pastels have been discarded in favor of wire. I bend shapes thatwould startle and amaze even the most passionate art lover. I manipulate metalinto flowers, sunshine and grapes on a vine. I have an apartment in the city, bythe river and tucked behind train tracks between two laundromats. Sometimes, whenthey can, my family comes to visit. My mother parades around my sculptures withher hand over her mouth, bewilderment washing over her face in waves.

"These are superb," she manages. "You are trulygifted."

Then, my father will cough in the background, turning offthe radio that discloses the scores of football games, drawing me onto his lap asthough I were still a little girl. My weight presses on his knee, now weakenedwith age but he says nothing about that, only, "Good job, my littlegirl."

My brother came all the way from California, where he managesa marketing firm. He laughs when he sees a little girl running from the water'sedge toward her brother. "My mural!" he proclaims proudly, rocking onthe heels of his leather shoes. I didn't know whether he'd remember.

Andthen, just as abruptly as they arrived, they pile back into their cars and returnto their faraway lives, the lives I never see or hear much about. The piles ofwire around me are never enough to avert loneliness.

Later, perhaps an artstudent boy will move in. He will like my wire and my unkempt morning hair, mydreams and my laugh. His own art form will be paintings - big beautiful portraitsstretching across the entire wall, eternally capturing my lithe form runningthrough a field. I will smile and clap my hands and dance with the passion of onewho truly tastes life. He will give that to me.

Later still, he will packhis bags and his temperas and catch a train away from here. I imagine I willstart crying when the door shuts, snatching a piece of wire from the pile andpunishing it until my fingers are weak with rage. I will rise and descend uponthe painting he has left me; "a reminder of better times," he will callit. I will jerk it roughly from the wall and appear as though I am going todestroy it, hurl it from my second-story apartment onto the street below. But Iwill change my mind, slow my breathing, and draw the frame close to my heart. Iwill hold it like a person of a love lost. He will have taken that fromme.

My wire will be useless. I will sell it to the man with the grocerycart and no shoes for two dollars. I will break the lease on my apartment, rent aU-Haul, and journey back to the home of my childhood. When I get there, I will becomposed, striding confidently up the front steps, ringing the doorbell of theranch house with twisted pride. My mother will answer it and shriek withjoy.

In the kitchen, my picture is still on the refrigerator.

My mother is bakingcookies, telling me of my brother's latest girlfriend, promising me that I willfind a man soon. I never mention the art student.

I will stay for twoweeks. She will never ask me to leave, never remind me that the U-Haul isblocking her petunias from the sunlight or that I am 30 years old going on 15.She will leave the Classified section by my bedroom door, a subtle hint toabandon my notions of art and freedom. I will work at a department store sellingperfume for two months. I will shrivel away.

I will paint again, laughingand clapping my hands and dancing as one who truly tastes life. I will quit myjob and go back to the city. I will have found myself again.

But who knowshow things will go? I am but 19 years old, bending wire on my apartment floor,waiting for the art student who will break my heart. 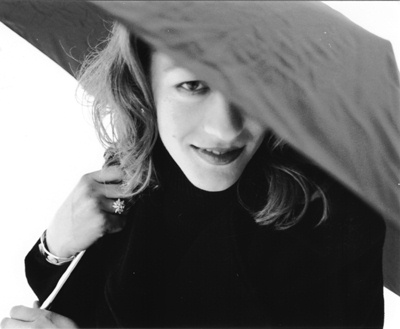 View profile
I loved the ending. It ended on a well-written note. Can you please rate and comment some of my work? Thank you!!