Sisters of the VamItch's | Teen Ink

Running. I was going faster and faster. The wind bit my face. It felt like ice stabbing me in the face. My black hair was swirling behind me and I could feel footsteps chasing after me. I stopped running abruptly my feet made the snow in front of me fall of the

My clock read 3:03 A.M. My heart was racing and my forehead was trickling cold sweat. My armpits had a prickly sweat drying on them and I was violently shaking. It was just another dream. Or nightmare. I flopped back down on my navy blue pillow and let my mind wonder. I was beginning to wonder when the dreams would change.

I’ve had the same dream (or nightmare) for the past three days. They seem so vivid and real. I wanted them to end. My fan was spinning at the fastest speed. I daydreamed until 4:00 A.M. Giving up with sleep I put on my sandals and exchanged my flannel bottoms for shorts and a tank top. Slowly and quietly I wandered out of my house trying not to slam the glass door behind me. The summer air smelled faintly of fire and freshly mowed grass.

I walked slowly trying to get the warm night air to clear my tangled thoughts. The moonlight turned my hair silver. That’s when I stopped in cold tracks. I looked at the stop sign more closely. Glowing blue eyes were coming toward me along with a strange mystic fog.


“Has Alcazar already gone to find her?” Kenzi’s melodic voice asked in a near whisper, but we could still hear it loud as a whistle. We nodded and Kenzi’s gray eye suddenly glowed silver. The glow of the oil lamp was aglow with happiness. “Almena?” I nodded and she continued, “You will guide your new sister okay/” I nodded and gave her the official sign of respect clutching my left wrist with my right hand and bowing my head onto the back of my right hand.

“My dearest children,” Kenzi said, “Your newest sister will be frightened of course, but with all of your help she will learn that we are special and that our kind were sent her from Jasna,” We all did the official bow. Kenzi left the grand hall and went to her sleeping chambers her long curly locks almost dragged at the floor. “Enzi?” I called, she turned and her blond hair flipped like a model’s would.

“Follow me.” We left the grand chamber and went to my sleeping quarters. We sat cross legged on my bed and I told her what I knew about our newest sister. “No way!” she gasped when I told her that she was going to be a Special One.

The figure moved closer until it was under the same street lamp as me. Her wavy chestnut locks fell to her knees and her crystal blue eyes stopped glowing. “Hello Melinda.” She whispered her voice ringed high and graceful as a bell. Like what you would expect a Barbie doll to sound like. Her beauty was heartbreaking and hard to look at without blinking like crazy.

“H-how do you know my name?” I asked in shock. She smiled and her pearl pink lips gave way to teeth as white as the snow in my dream. “We have been waiting for you to reach the final stage of VamItch. My expression must have changed.

She giggled and said, “You are now to become a Sister of the VamItch’s.” As soon as she finished her sentence she grew translucent wings with midnight blue sparkles. “I am a witch you can either be vampire or witch.” She picked me up and we flew over my town and headed for the moon. 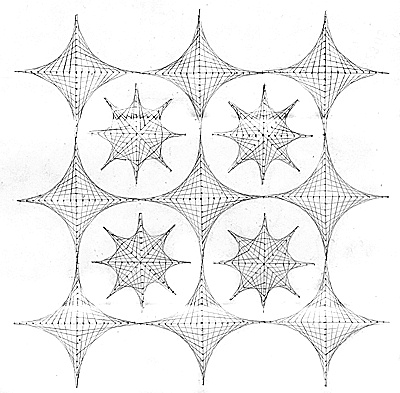