A brand new shooter developed by 2K Boston and 2K Australia, "Bioshock"
appeared on store shelves in 2007. As a role-playing, horror surviving, first-person shooter game, it brings the player a new way to rid bad guys and solve puzzles. Use your various weapons from a wrench to a grenade launcher and enhanced superpowers to escape the horror. This game may have you jump out of your seat or at least, increase your heart rate due to the suspense.
It is an alternate history during 1960 and Rapture, an underwater dystopian city, is under chaos. "Bioshock" has a long history but to shorten it, in a nutshell, the story begins with a plane crash survivor named Jack, who must explore Rapture and uncover its secrets. The whole city was envisioned by a man named Andrew Ryan, a business man, and built by the smartest scientists. Rapture in 1960 is inhabited by mutated humans called Splicers and mechanical drones. As the protagonist of this game, Jack must venture through the city battling Splicers, automated turrets, and the notorious "Big Daddies" that guard little girls called "Little Sisters". Throughout Jack's mission, he discovers several superpowers called plasmids, which consist from turning your enemies into ice to producing a swarm of wasps, that will provide aid to your survival. To better understand the game, it must be played.
Run around Rapture uncovering its horrible secrets and escape the vile Splicers and "Big Daddies" that get in your way. Help solve secrets from few of the inhabitants of Rapture as well as discovering your own past. Use the weapons and plasmids that you found and upgrade them to do serious damage. Rapture is in turmoil and Jack must help restore the city. Rapture, a city free from censor, morality, and the impossible. 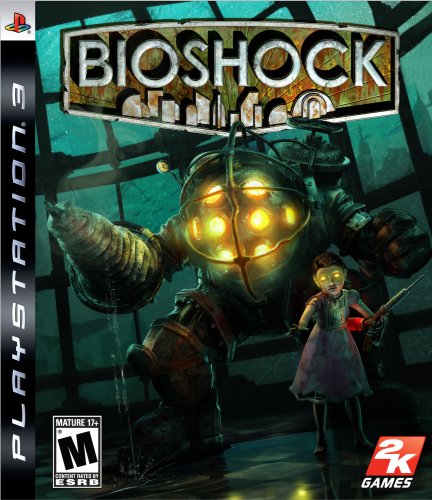 View profile
No offense, but his review doesnt do this game justice. It is the best game EVER!!!