A team with an unimaginably heroic protagonist driven by a profound personal loss, his/her secret-but-not-really love interest, a comic member constantly 'refreshing' the rest of the team with their 'hilarity' and a seemingly tough but internally emotional member filling the diversity quota- this seems to be what most crime shows on TV tend to offer today. Outside this crowd of cliches, however, is the show 'Monk'. Packed with action, mystery and a unique sense of thrill, the show from Andy Breckman truely is a breath of fresh air.

The crown jewels of 'Monk' are doubtlessly its boastable set of characters. Adrian Monk (Tony Shalhoub ) is a delicensed detective with classic obsessive compulsive tendensies, and he has an efficient assistant Sharona, played by Bitty Schram. Although not officially in service any more, Monk and Sharona form a team too talented for the police department to let go, and it is more than often that they resort to the duo for help. Monk's expertise and intelligence (not to mention the OCD) helps them solve seemingly unsolvable cases. There is an equally mysterious back-story going on that glues all the episodes together into a complete functioning series.

It is not hard to see that the unique approach is what makes the show deserving of six Emmys.  The show hides enough the keep the suspense flowing, and shows enough to keep the viewer glued to the TV screen.Someone who has to sanitize every time he shakes his hands with someone is clearly not someone we picture as a detective, yet the character of Monk, instead of reducing the excitement, only makes the show more interesting.

However, with so many other shows on TV today capable of causing a real adrenaline rush to the viewers, Monk's method of providing subtle excitement over absolute thrill can be seen as 'boring' by some viewers. Despite this, we can't quite fault the genuine creativity of the show. Watching it has been my favourite pastime for months now, and I still enjoy it as much as I did when I first watched it, if not more. Do give 'Monk' a try, it won't disappoint. 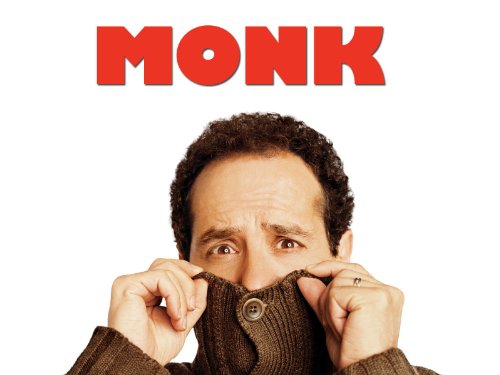