The new ABC Family hit show, Pretty Little Liars, has been seen through the eyes of most Junior High and High School Students since it premiered. It’s poignant characters, and persistently changing plotline captures the interest of most girls.

Having read the book series, I noticed from the beginning that the show didn’t quite match up with the author’s perspective. For one, the characters’ physical appearances weren’t close to what I expected. In the first book, Sara Shepard made it clear each of the girls’ hair color. Spencer had dirty blonde hair, Aria blue-black hair, Hannah had auburn hair, and Emily strawberry blonde. If you’ve seen the show, you know it’s quite the opposite.

In one of the early episodes, Toby revealed a tattoo that said “901 Free At Last”. This was a very important part in the TV series, though it never occurred in the books. Many more instances such as this one were noticed in episodes. I even read an article on the Internet where Lucy Hale, also known as Aria Montgomery, stated that the producers may even change A’s identity.

Other than the characters’ altered hair colors and the modified plot, the show is very entertaining. Each episode if full of drama, deceit, and trickery, leaving you wishing next Monday, the day new episodes premiere, would come along sooner. I would recommend this show to any teenage girl with a lot of free time, because this show can get addicting. 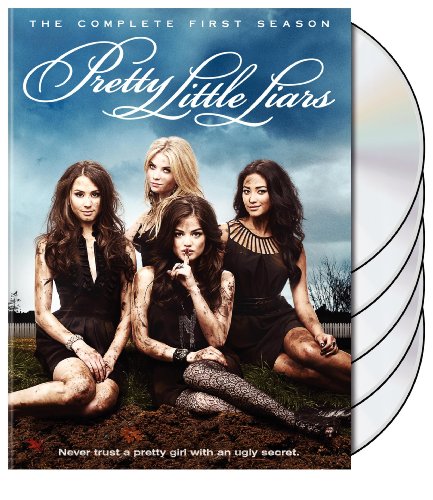 Favorite Quote:
The Cylons have it right. We are the masters of self-destruction.

Favorite Quote:
“It does not do to dwell on dreams and forget to live.”
-Albus Dumbledore

"I'm just a little bit caught in the middle,
Life is a maze, and love is a ridde."
-Lenka

View profile
Great review! I agree that the show is addicting but I have not read the books. I will add them to the list of books I plan on reading this summer. I am watching the marathon right now and I wrote a review for this show too but it isn't on the website yet. When it is on the website, would you mind reading it and letting me now what you think? Thanks. Seriously thoughm great review and great job! Keep writing! :)