Kate Beckett is a normal, NYPD detective with a hard/soft shell and a killer attitude and drive that shows that she can run with the big boys.

Rick Castle, who is the ultimate rock star in the world of book authors, is the complete opposite of Beckett. He doesn't listen most of the time, barely has a serious bone in his body, and tries to turn everything into a punch line for one of his many little jokes. Basically, he's the type that Beckett just can't stand. But, when Beckett has a serial, murder case on her hands where all of the crime scenes mirror scenes in Castle's famous "Derek Storm" mystery series, the precinct calls on him to help them with the case. So, as you can imagine, Beckett and Castle get off to a rocky start, but luckily for Beckett, she doesn't have to put up with Castle for too long. At least, that's what she thinks. When Rick decides to end his "Derek Storm" series and start a new set of mysteries involving a new main character, he decides to go to Beckett for inspiration for his fictional heroine Nikki Heat, which means that he has to follow his muse on all of her cases to get some inspiration for his new string of books. Once again, Beckett isn't thrilled, but, as time goes by, Beckett and Castle create a relationship that's thicker than water. Plus, with Beckett's ingenuitive crime investigating smarts and Castle's crazy dreamed-up story lines, they're able to solve cases with a crack of a case file. Not to mention that detectives Ryan and Espisito, Castle's fifteen year-old daughter, and his mom's two cents really help them become the crime fighting team that they are.

With a wonderful cast that's lead by Natham Fillion and Stana Katic, this T.V. show has wit, drama, comedy, and smartness all bound together to make a complete crowd pleaser. With every twist and turn that this show brings, you'll never want to stop watching. With its unique characters and wonderful story lines, this is one crime show that stands out above the rest. Trust me, once you turn on "Castle," you'll never want to turn it off. Enjoy! 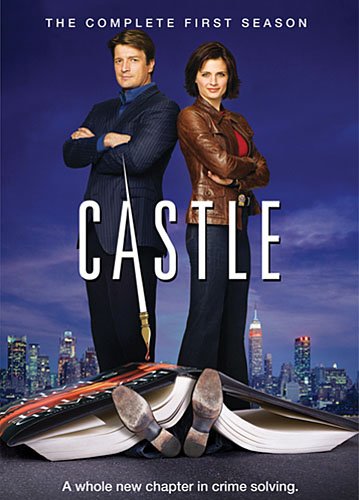 zuzu91 said...
on Nov. 22 2010 at 8:50 am
I love this show I've never missed a new one. I can't stop watching it cause they actually find evidence and don't just find like one little hair and then make all these other connections. It's like an actual crime scene.
inayat BRONZE said...
on Jun. 3 2010 at 6:40 am
inayat BRONZE, Homewood, Ohio
2 articles 0 photos 10 comments

View profile
this is the first show that  i really watch. apart from all other dramatic world here we have 'richard castle' and "kate beckett" solving newyork mysteries. stana katic(kate) has done a fab. job i was not interested in castle . i actually did not know about it but now i know and i feel lucky to know.though i have not seen season 1 but i do have a good feeling about it. alexis is ever beautiful person. she does have a good speech too. see ya!!keep watching CASTLE...........
DaringRachel said...
on May. 7 2010 at 7:51 pm
This is my all time favorite TV show, but unfortunatly we just moved. We have a lot more important things to worry about than getting cable and Wi-fi right now, so don't slam me! Yes we can pick up some of the local TV stations, but ABC, noooo, of course not! Why would I be able to watch my favorite show of all time on my new favorite day of the week at mmy new favorite time????! Every Monday at 10/9C I get Castle's monolouge from the beginning going through my head. Sometimes that even happens to me on repeat Saturday's. Talk about a hopeless case...