Favorite Quote:
"Can't keep my eyes from the circling sky,
Tongue-tied and twisted
Just an earth-bound misfit, I"
~Pink Floyd

"Now is blessed
The rest
remembered "

Meddle holds it’s own as the 6th album of English group, Pink Floyd. Arguably, Meddle is Floyd’s greatest album. The band packed so much sound in six songs that it’s almost impossible to hear the full capacity of the album through one sitting. It requires more, due it’s ocean deep depth. While this may seem intimidating to casual listeners at first, rest assured Meddle’s beauty comes from the complexity by being so seemingly simple at the first listen. Whether it be the incredible musicianship of the four Brits, or the watery effects of “Echoes”, Floyd created an album that’s a staple to any chill summer.

Third track, “Fearless,” begins with heavy laden guitar chords in a mesmerizing riff you’ll be humming all day. The relaxedness of the tune and the decrescendo and crescendo combo of the thick piano sound and guitar chords, make it one of the standout tracks. In the background, you can hear screaming fans that sounds like a crowd cheering at a bullfight, when in fact, it’s the excitement of a crowd from the world cup soccer (football) game.

The fourth song, “San Tropez”, is a music translation of comic strip Peanuts, if there ever was one. It’s almost as if you see Woodstock and Snoopy concocting up mischief in the backyard while Schroeder is composing on his baby grand. “San Tropez” brings a jazzy, head-bobbing vibe anybody needs after a long day at work.

And at last, comes “Echoes”, the sixth and final track of Meddle. The twenty-three minute masterpiece is the perfect wrap-up to the album. For anyone unfamiliar with long songs, twenty-three minutes seems pretty daunting, with a dead spot nearly expected after the first three minutes. Instead, Floyd uses all twenty-three minutes to demonstrate superior musician mastery through drawn-out sounds layered with watery pings and slide guitar while the bass is played like waves rolling to the shoreline of a beach. Gilmour wails on guitar and teases you into a groove of funk for a while until about halfway through the song, screeches that resemble whale calls, come in. Floyd sends you directly into a musical climax of a ride and leaves you mellowed out long after the album stops playing. Sweet. 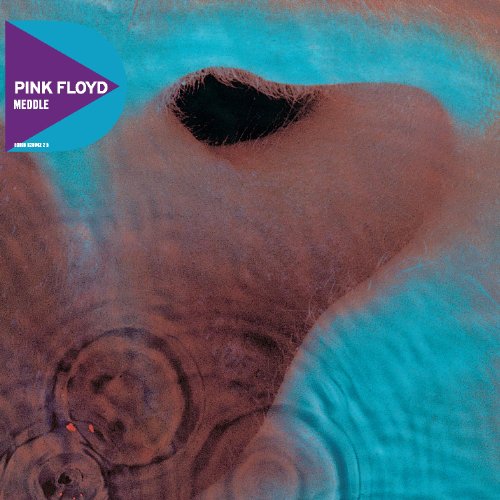