"Somebody told me, you had a boyfriend, who looked like a girlfriend that I had in February of last year." What exactly do those words mean? I have no clue, but they belong to one of last summer's most infectious tunes.

Who are The Killers? Although their name sounds menacing, I can assure you that their music is nothing of the sort. This fab quartet from Sin City burst onto the music scene with their hit "Somebody Told Me." Its catchy lyrics and melodic rhythm were the ingredients that helped this great song shine.

"Hot Fuss" contains songs that are just as good if not better than the single. You can tell The Killers are a more "artsy" band, as some would say, with creative writing and a strong outlook on the future.

Besides the already-popular "Somebody Told Me," another favorite of mine is "Mr. Brightside." The smart lyrics and constant flow could make this a huge hit. It's a song I put on if I decide to exercise or do some mindless dancing.

Another great song is "All These Things I've Done." The Killers feature a soulful choir which gives a this different, surreal feel. This is one of the songs that distinguish The Killers as artful, creative artists.

The Killers are destined for success and I will be behind them every step of the way. They create smart and tasteful music that can be enjoyed by all. By adding contrasting elements and inventive sounds, they will surely rise to the top. Until then, enjoy their debut CD and look for them in the future. I can assure you they will be there. 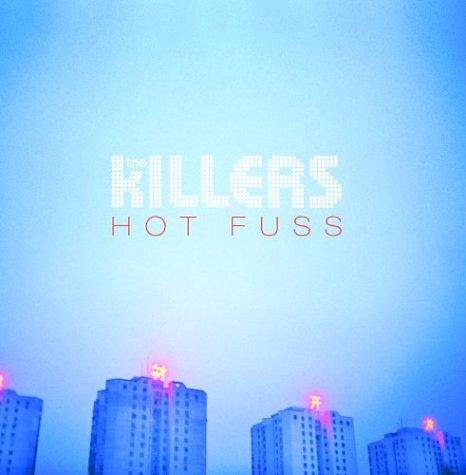 Favorite Quote:
like a fire we burned bright, later on that night

Favorite Quote:
"If you look in the mirror and don't like what you see. You can find out first hand what it's like to be me!" -"The End." -My Chemical Romance

I have been puzzled many a time by "Somebody Told Me", but it's still a good song.

And my favourite song for years has been "Mr. Brightside". That is one of the best songs on the face of the earth in my opinion.