Undun by The Roots | Teen Ink

"Undun" has become one of my favorite albums of the year. And for a girl with over 100 cds that begin with the letters A thru E alone, that means quite a lot! The tracks are simple, even home-made sounding, sometimes merely piano and drums. The Roots offer a fresh sound for those who tire of pop-rap artists or their techno backup tracks.
"Undun" is a concept album, tracking the hardships of being black in America. Some tracks carry the expected swagger, boasting of the cars and girls like we trust our rappers to! Some are more bittersweet; "I Remember" is soft and a little sad, recalling all the things he has lost to memory and time. Some tracks, such as "My Way" speak of the discrimination in jails and on the streets. "On the side of suicide/heads or tails/ some live life, just live it well/some live life in a livin' hell/ I live life tryna tip the scale/ my way." The sound doesn't vary much from one song to another, but the content does.
I wouldn't recommend this cd for younger audiences, mostly due to use of profanity. But for a mature listener,this album is a great pick. 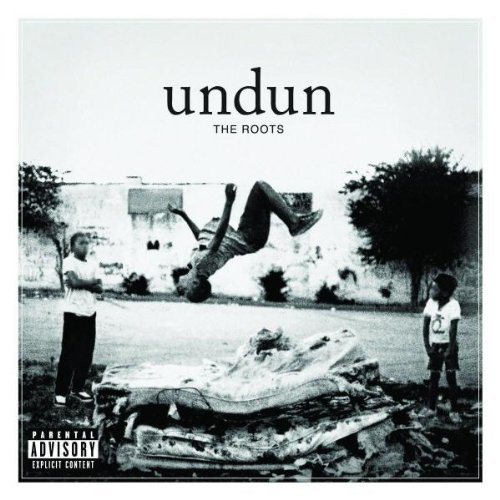