The End is Where We Begin by Thousand Foot Krutch

I can't say I was expecting much in the way of spirituality from Thousand Foot Krutch's latest album, The End is Where We Begin. “Christian rock” often means nothing more than “clean rock.” While many Christian rock bands are musically intense, spiritually they are lacking. So you can imagine my surprise and immense pleasure to find this album to be deeper than most.

While some songs, such as “Let the Sparks Fly” and “I Get Wicked” have left me with mixed feelings as to their meaning, I was taken off-guard when “Be Somebody” blasted through the speakers. The song highlights the struggle of wanting the world to see less of ourselves and more of Christ through our every-day lives. In a world where lip-service is more prevalent and Christian action nearly nonexistent, living as Christ would is something Christians need to learn.

Other tracks like “All I Need to Know and “The End is Where We Begin” have significant Christian meaning as well. The latter is reminiscent of Skillet's popular song, “Alien Youth.” TFK, like Skillet, describes the Christian as “an alien,” “not of this world,” but while the lyrics and message are similar, Thousand Foot Krutch's song is more mature musically than the infant Skillet.

Each time I listen to The End is Where We Begin, I come away with a different song being my favorite. Each is unique and creative, but one song stands out with each listen. “Fly on the Wall” paints a portrait of a medieval kingdom blind to its own troubles. The brilliance of this song's story shows Thousand Foot Krutch's lyrical capabilities.

The End is Where We Begin takes two sides on opposite spectrums. On one hand, you have hardcore, stereotypical rock songs like “Down” and “War of Change.” On the other, there are songs I was entirely surprised to find tucked in within the tracks. “So Far Gone” is bittersweet and cultivated with its simplistic guitars and vocals giving a more solemn feel to the album. “All I Need to Know” and “Be Somebody” also seemed randomly placed within this album of hardcore rock, yet they're like a deep breath after a scream. Without these breaks in the madness, this album wouldn't be nearly as great.

The End is Where We Begin mixes flavors of typical rock with acoustic and even a hint of screamo and rap. Its messages range from finding yourself in God and standing tall, to chasing your dreams despite the odds against you. If you're a fan of rock, Thousand Foot Krutch's The End is Where We Begin is a perfect addition to your musical collection. 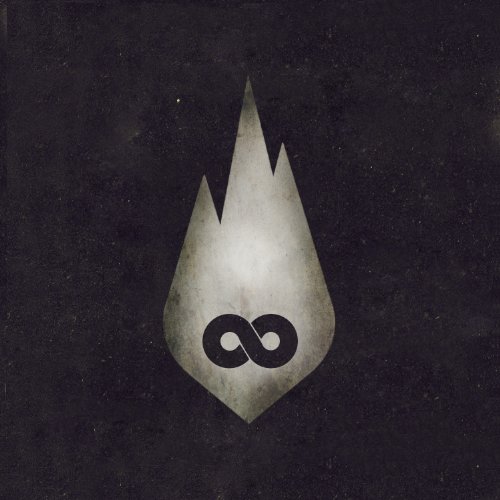