As I sit pounding on my legs, mentally picturing the drums on my lap, I realized that this was the best album ever! It was Led Zeppelin one, the best one of their albums and I could play it.

The greatest band ever, Led Zeppelin, released their first album on January 12, 1969. The band consisted of Robert Plant on lead vocals and harmonica, John Paul Jones on bass and organ, John Bonham on drums and percussion, and Jimmy Page on electric guitar, acoustic guitar, and steel guitar. Their fusion of blues and rock makes this eponymous debut album the best one ever. And it made them known, even with kids still today.

This album starts off with a fast pace, toe tapping song called, "Good Times, Bad Times." Next, follows a break up song written by Robert Plant. It's called "Babe I'm Gonna Leave You". The next good song on the album is "Dazed and Confused", a song written by a friend of Zeppelin,Page, and Plant together. Another great song on the album is "Communication Breakdown" written by Robert Plant and Jimmy Page together, one of the first that they worked together on. Finally, the album closes with "How Many More Times". This song is a swing/rock/blues song. It combines a swing beat on drums, a rock guitar riff, and blues vocals. At a whopping eight and a half minutes, this is the longest song on the album.

For Zeppelin, it was a rocking first album and it sold over 8 million. The album had a top 10 position on the Billboard List, and number 80 on top songs (which was "Good Times, Bad Times"). Not bad for a first album, just my opinion.

Overall I think Zeppelin made their name famous with this first album. This album has great lyrics, great beats/riffs, long songs, and a great opening self titled album, and cover art. The only thing wrong with it is that it only has nine songs on it, it should have more. Everyone wants more, more, more of Zeppelin, especially on their albums.

They kept it up (with seven albums after that) until the death of their drummer, my idol, John Bonham in 1980. Afterwards, they called it quits and went their separate ways. Jones is a composer now, Plant is still singing (did a duet album recently), and Page is still jamming on guitar (reunion shows, and sessions with other bands, including his own). They reunited in 2007 with John Bonham's son, Jason Bonham, on drums. They also did a show in England in 2008.

As I sit pounding on my legs, mentally picturing the drums on my lap, I realized that this was the best album ever! Led Zeppelin One would be one of the best albums ever made, and Zeppelin would be known as one of the greatest bands of all time. Possibly they are the best rock band in the world, and I could play it. 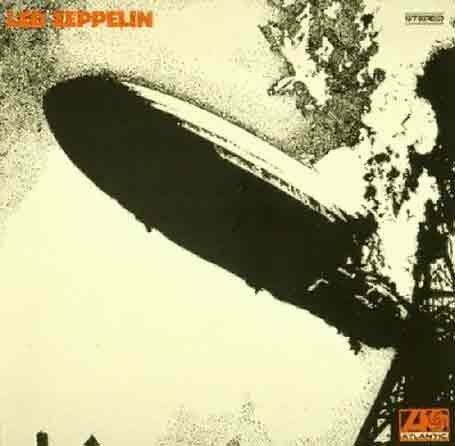 songofheaven said...
on Apr. 16 2010 at 7:59 pm
Led Zeppelin will be there and alive in 10 years, while Miley Cyrus and the Jonas Brothers sit back and wonder where their careers went. I still see Zeppelin t-shirts, 40 years after the height of their popularity, and I barely see any Jonas Brothers or Miley Cyrus anymore. Their music, their personalities, and the atmosphere they made with their music is just the best. I would trade "Babe I'm Gonna Leave You" for "Hold On," "S.O.S," or "Party In the USA" any day. Whenever I see a picture of Plant, Page, Bonham, or Jones I smile, and I think of better music, better times, and that otherworldly attitude those guys carried about them. There isn't another word to describe it but...Norse Bluesmen that read too many fairy tales and put them in songs! But hey, I'm glad they are what they are. I love them and the music they made. I love Led Zeppelin, and it's good to see someone else that does, too.