Lungs by Florence + The Machine MAG

Favorite Quote:
"Principles only mean something if you stick by them when they're inconvenient,"
- Laine Hanson (Joan Allen) in The Contender (written by Rod Lurie)

I tentatively plugged my ear phones into my laptop to check out my friend's latest recommendation. I usually trust her endorsements and typically sync my iPod after five minutes of listening to her latest discovery. This time, however, it seemed as if she had struck out. Just the name of the group put me off somehow. Yet despite this I was immediately hooked by Florence + The Machine and their debut, “Lungs.”

Initially attracting attention with their feisty and fiery debut single, “Kiss With a Fist,” the group (Florence Welch accompanied by session musicians) rivaled the talents of contemporaries including Lily Allen and the late Amy Winehouse. The punk-pop single ruled the British airwaves the summer of 2008; however, even its success was no sign of what was to come.

Florence + The Machine returned in 2009 with the complete album, “Lungs.” It immediately received critical acclaim for the stand-out songs “Dog Days Are Over,” “Drumming Song,” “Howl,” and “Cosmic Love.” It is the first of these that most accurately represents the album, not “Kiss With a Fist.” The song's rhythms and melodies are the perfect complement to Welch's voice.

Although she seems quiet and pretty shy during interviews, on stage, with a flip of her fiery red hair, Welch dazzles audiences, belting out her heartfelt and intricate lyrics with soul and intensity. Her music, though not following clichéd pop structure, is infectious. I personally cannot stand still while listening to “Dog Days Are Over” and “Drumming Song,” while “Cosmic Love” and “I'm Not Calling You a Liar” show her softer side. Her range as both a singer and writer gives Welch's music major appeal.

If you enjoy the biting sarcastic lyrics of Lily Allen or the soft introspective music of Kate Nash, you will certainly enjoy Florence + The Machine. 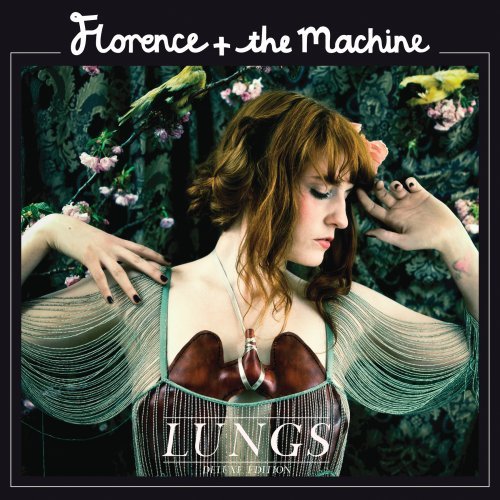 Favorite Quote:
“The secret to life is being who you are and being happy with who you are.”
"Whatever does not kill you only makes you stronger."

Favorite Quote:
"Life is so beautiful that death has fallen in love with it." - Life of Pi

View profile
I've heard that this album is really good. It is currently on my list of albums that I need to listen to, which is quite long.... Oh! And great review, of corse ;)
Harebelle GOLD said...
on Sep. 2 2011 at 2:05 pm
Harebelle GOLD, Vancouver, Other
14 articles 1 photo 118 comments
View profile
Great! I will definitely check this out because I LOVE Lily Allen. Funnily enough, I just bought a song from that album, Heavy In Your Arms, and I am loving it!
InvisibleNerdGirl said...
on May. 5 2011 at 8:39 pm

I love this album!! "Cosmic Love" is currently stuck in my head. And has been for a week. :P

They have all been blown out...

View profile
I am a big fan of Florence and the Machine and one of my best friends has officially been labeled obssessed by my friends and I, we're both glad you like her too :D I think music is always something that people become friends through, its a link that last forever and a debate point that brings people together :) Music will never die :D