Joseph Adam Jonas (also know as Joe from the band the Jonas Brothers) grew up in Wyckoff New Jersey and was born on August 15th, 1989. He started having a passion for music when he was a toddler, but began performing in his mid-teens. Him and his band, the Jonas Brothers, sing pop music and have their own TV show called JONAS on Disney Channel.

My favorite music artist is Joe Jonas because he writes his own songs with his band, he can play a variety of instruments, and he always spares other peoples’ feelings. He is very successful because of the nice sound he makes and the audience he puts in awe. Joe is able to dance, and he displays his talents on stage and in music videos. He does not have a back-up dancer or singer because he and his brothers put on quite a show!
Joe sings “Love Bug,” and it is from his band’s CD, “A Little Bit Longer,” which he recorded in his tour bus which he describes as, “The biggest recording studio on wheels we’ve ever seen.” “A Little Bit Longer” is also their latest album that includes the songs: BB Good, Burnin’ Up, Shelf, One Man Show, Love Bug, Tonight, Can’t Have You, Video Girl, Pushin’ Me Away, and Sorry. Nick, his brother and band member who play the guitar, piano, percussion, and sings, composed that song. I enjoy listening to this song because it goes from really serene to a very swift tempo. 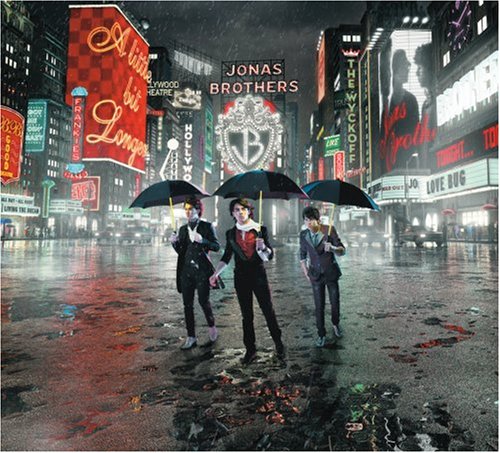 
Buy from Amazon Available on iTunes
The author's comments:
This was an assignment for chorus: to write about of favorite artist.
Post a comment
Submit your own