This review if for (High School Never Ends) by bowling for soup. This song if from the Grate Burrito Extortion Case. This album was released on November 7, 2006 by jive records. This band is both punk rock and punk pop. As wikipedia states that peope who like this song all so like (sugar we're going down) by fall out boy.


This song talks about all the drama that happens in high school and how it's the same if not worse when you graduate form high school. Here's a part of the song talking about problems in high school and how and how it's the same after high school (Four years you think for sure. That's all you got to endure. ... so superficial, so immature. Then when you graduate you talk a look around and say (Hey wait!!!) This is the same as where I just came from. I thought it was over. Aw that's just grate.)(Bowling for soup, High School Never Ends)

I think this song should be in every' ones music library. It talks about what happens in high school. I asked people I know that are out high school to listen to this song. Then they all said that it was the same drama-wise and the things people worried about (looks, popularity, and fashion). The only differences were that there were more people than there was in high school.

After some friends and family listened to this song, they all said that life after high school was the same if not worse. They also said even though they didn't listen to punk rock/punk pop, this song was still a good song. They said it was funny and true in ways and that they were happy to add it to their music library. 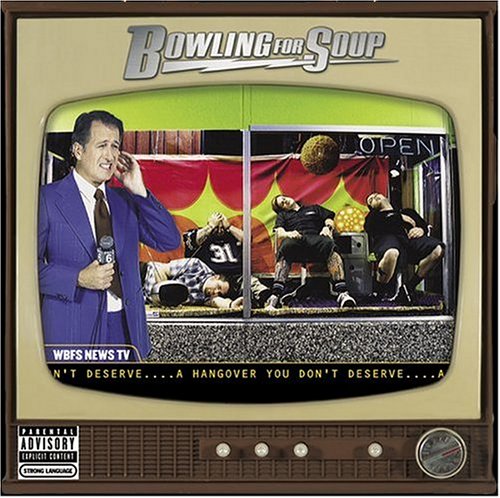 Favorite Quote:
"The only real voyage of discovery consists not in seeking new landscapes, but in having new eyes." --Marcel Proust