Favorite Quote:
"Love what you have while you have it."

The first time I heard Paramore was on the Twilight soundtrack. Instantly, I fell in love with the lead singer, Hayley Williams. Her voice, the lyrics, and the overall sound blew me away.

Sometime after that I heard another great song, Ignorance. I was at my friends house an the time and we both froze. We were both pulled into the song. Every word held us, we could relate. After the song the dj said that the song was on their new album, Brand New Eyes.

As soon as we could we bought it. It was then I leaned that so many emotions could be put into words. Each song, one after another took me on a ride. The guitars, perfect in sound, make the words flow. Three songs, out of the eleven, struck me and left me speechless.

Song number four, ‘Brick By Boring Brick,’ was different from all songs I have ever heard. It’s about a little girl who lives in her own fairy tale. With an upbeat melody, the first time you hear it you thing it’s positive. That is, until you look at the lyrics or watch the music video. Deep in the song, hidden within, it’s a dark song but one that shows reality. This, I guess, is why it’s one of my favorite songs now.

The second song that hit me was number six, ‘The Only Exception.’ A story that starts with the break up of parents and a promise she made to herself. It maybe slow, with no drums, but the meaning of it is strong. Deep, was the only word I could find to describe this song.

‘Looking Up,’ number eight. I see this one as Paramores theme song. A message for all bands. This upbeat tune tells us that there will be more of Paramore and they have reach their dreams. One line though made this song so much more. “God knows the world doesn’t need another band but what a waste it would have been.” This shows that all bands have to start somewhere.

Overall, this album has almost every emotion, anger, sorrow, loneliness, and innocents. It’s a must have for anyone that loves songs they can relate to or for any fan. I loved it and can’t wait to hear more from them. So, what are you waiting for? Get some Paramore and enjoy the music. 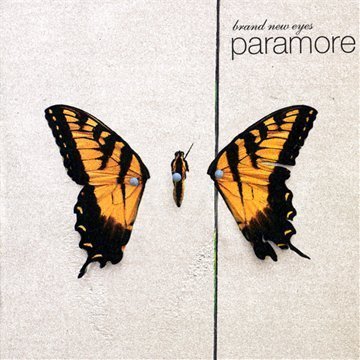 Favorite Quote:
Play the music not the instrument. -Author Unknown

View profile
I've only heard "The Only Exception", and I love it. It goes perfectly with "This Lullaby" a novel by Sarah Dessen...anyways,  I love that song and paramore is a great band. Lead singer's voice is gr8, 2
amazingkp. BRONZE said...
on May. 7 2010 at 8:45 pm
amazingkp. BRONZE, Lemars, Iowa
4 articles 0 photos 59 comments
View profile
Ok i don't mind paramore i mean i like them but i don't think they are the best thing ever. I like a few of their songs. But some songs are way out of hand and are repeated over and over again and get really old. Sorry. I think you did good on your writing. Keep writing.
Alice_in_Wonderland GOLD said...
on Apr. 24 2010 at 5:55 pm
Alice_in_Wonderland GOLD, San Clemente, California
16 articles 0 photos 620 comments

View profile
Awesome article. Paramore is a great band. Thanks for the article, I am interested in looking for this album now when I go shopping. Great job.
writergirl13 GOLD said...
on Mar. 27 2010 at 10:05 pm
writergirl13 GOLD, Cherry Hill, New Jersey
11 articles 8 photos 261 comments

Favorite Quote:
A childs voice, however honest and true, is meaningless to those who have forgotten how to listen.
Everyone faces obsticals. What defines you is how you overcome them. -J.R. Celski

View profile
I agree completly with this entire article. I love paramore.