Everyday Sunday- Wake Up! Wake Up!

Everyday Sunday's 2007 realease "Wake Up! Wake Up!" will definitely wake you up. This high energy alarm clock starts off with the up-tempo song "Let's Go Back," which tells the message of not caring about what other people think and to stay focused on your goals. "Wake Up! Wake Up!" also has a good tempo, and the tempo gets even faster in the chorus!!!!!! Songs like "Take Me Out," "Apathy For Apologies," "I'll Get Over It (Miss Elanieous)," and "What We're Here For" show off the band's talents in the lyric deparment by show casing intricate lyrics and metaphors that express the messages in the songs. "Now You're Gone" starts off with a techno-ish tune then turns into a soft rock tune, but it seems to end suddenly. "Tell Me You'll Be There" is a greatly done power ballad that brings out the guitar for most of the chorus's, and the piano is brought out on the verses. "From Me To you" starts off with an ྌ's feel and has an echo-ish feel throughout most of the song. This album brings fun, high energy poprock to the table, and it shows the band's diversity by using sounds that aren't poprock. Bottom line: this is an amazing album!! It's a perfect addtition to any collection. Enjoy!! 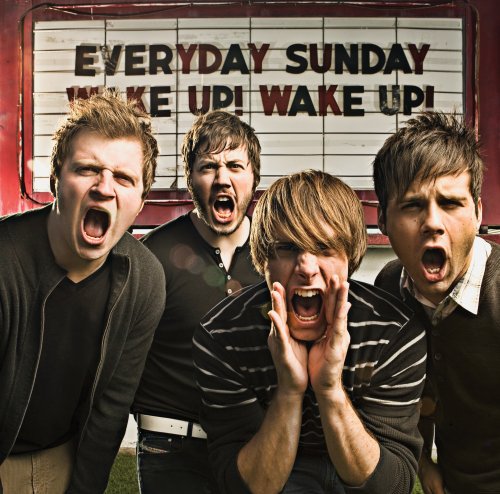