Firstly Neymar Jr. is seen talking to Gibbons in a restaurant in America, then Neymar knocks out a robber trying to steal money from Gibbons and the manager of the restaurant. A satellite crashes in their location leaving all the people in the scene dead. Shortly afterwards, all the agents are representing a meeting about the Pandora box. In the middle of the meeting four skilled individuals go inside of the CIA building like it was just a game and they were able to get the pandora box from the agents. Then the main character of all the movies is presented to us, Xander Cage, who faked his death in the last movie to quit from his missions. He is seen hanging from cable post getting a satellite box and the police are under him waiting for him to come down, but he jumps from it and skis down to his town just to continue watching a football match.


What the movie is really known for are their stunts and special effects. They have many cool moments where cars crash, motorcycles drive on water and guns fire. Their fighting scenes also show how good their actors are. To make a fight look that real is pretty hard and takes lots of training. You can tell a large part of their money goes into the action scenes.


One thing the movie lacks is a good storyline. Since so much of the money and time is spent on the special effects and all the action in it, there is lack of good dialogue and a good storyline. The storyline is very common, and nothing new in the industry. As any other movie, there is a device that is unstoppable, a lead guy and his team who’s goal is to take the device and a couple of attractive women. The movie will only be liked of those who enjoyed the previous two movies, and anyone there just for the action scenes.


In conclusion the action scenes become tiring as well, because the whole movie was about who would get the pandora box and all the action looked as a whole moment, so the same things happen over and over again. The only thing really good about this movie is Vin Diesel’s acting skills. He did very well in all the stunts and played a strong daredevil very well. 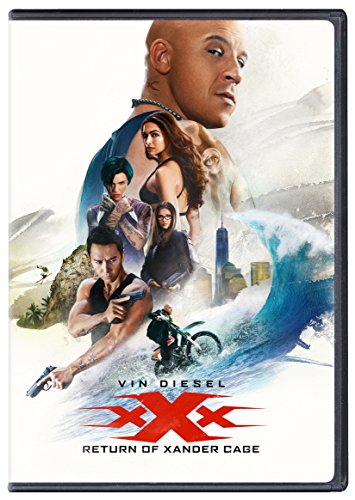