John F. Kennedy is a historical figure and president, that has inspired and will continue to inspire generation of leaders. His famous quote continuos to be repeated, “Ask not what your country can do for you, ask what you can do for your country.” People need to know the history, and a big contribution to his legacy was offered by his wife Jackie Kennedy, proving the proverb “Behind every great man there is a great woman.”


Jackie Kennedy is a representation of a strong, unique, and intelligent woman. Her attributions were reflected the moment she came into the White House. She brought back the history, the legacy, and the memories of other presidents. She overpassesed the hardships of her husbands assasination and stayed strong to protect her husband's legacy. She was stubborn and wanted the world to know the true story through her voice, that is what the movie Jackie talks about.


Jackie is a beautifully crafted movie of Jackie Kennedy’s experience after J.F.K.’s assassination in 1963. The actress Natalie Portman is an amazing fit for to role of the first lady because she brings Jackie’s personality to life. She is confident, beautiful, elegant, and posses as a 1960’s woman. Her high level performance, engages the audience and reflects the character. She perfectly represents the first lady’s symbolic pink suit, that was worn on the day of the assassination. As Natalie Portman tells USA Today, “It tells a whole story, just the dress, itself. And then, of course, with the blood on it… has the sort of history of America in it.” The blood stained suit makes the audience recall the difficult moment she went through and how she dealt with the situation. Jackie kept the dress to show her grief to the whole nation, as quoted in the movie, “I want them to see what they have done..."


Jackie's struggle to maintain her husband's legacy days after his assassination, was presented in the movie through flashbacks. Everything was perceived in the point of view of Jackie, allowing for the viewers to empathize and understand her full tragic story. Jackie wanted the world to remember her husband and the world of “Camelot” they had created, “There will be other president again, but there will never be another Camelot.”


Jackie Kennedy impressed the nation and the rest of the world with her dignity and grace. This complex and emotional movie shows her devotion to art, history, her family, and her nation. Through this movie, people will remember the unforgettable days of Camelot and admire the courage of the first lady. 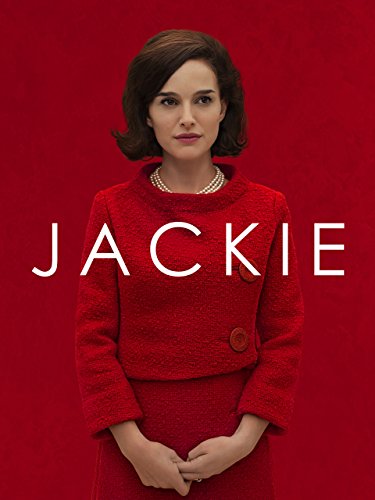 A true story of a First Lady