Zack Snyder gets no love. The director of Dawn of the Dead (2004) and 300 (2007) is the one, for better or for ill, that will take DC Comics’ superhero properties and try to put them toe-to-toe with Joss Whedon and the already behemoth Marvel Cinematic Universe. In preparation for seeing Batman v Superman: Dawn of Justice over Easter weekend, I did something I rarely do when I review movies: I looked up the Rotten Tomatoes score ahead of time. Normally, I consider such an action sacrilegious; I don’t want the opinions of other movie reviewers biasing my own view. I’d like to go into a movie with a completely blank slate as of what to expect, even if I can’t escape some of the inevitable buzz that swirls around any given film online and in social media.

However, I eschewed this model with Batman v Superman for a few reasons: the last movie I had walked into without looking at any kind of review beforehand (Marlon Wayans’ 50 Shades of Black) was garbage, I was on a date and if she had chosen a terrible movie I wanted to brace myself, and lastly I knew that Snyder’s previous superhero foray (2013’s Man of Steel) had been dumped on by critics. In short, I was curious if this one was going to do any better.

Currently, Batman v Superman has a 29% on Rotten Tomatoes. I am here to say that it is undeserving of that mark.

The story opens with a flashback from Bruce Wayne’s, a.k.a. Batman (Ben Affleck), point of view as Superman (Henry Cavill) wrestles with General Zod (Michael Shannon) over Metropolis. In the carnage that results from their battle, and despite Superman’s best efforts, Bruce Wayne’s employees are killed and maimed, turning Wayne forever bitter towards the man of steel.

18 months later, Superman, in his disguise as mild-mannered reporter Clark Kent, begins to pick up on news of the Batman operating as a vigilante in Gotham City and (ironically) sees the dark knight as a threat for operating outside the confines of the law. Kent works to expose Batman’s true identity.

Simultaneously, Lex Luthor (Jesse Eisenberg) of LexCorp concurs with Batman’s sour view of Superman and capitalizes on the fear of the kryptonian. He asks Senator June Finch (Holly Hunter) to let him import a particularly large piece of kryptonite into the country after it’s recovered from Zod’s crashed terraforming ship in the Indian Ocean.

Bruce Wayne, meanwhile, attends a fundraiser hosted by Luthor, which Clark Kent also happens to be covering. Wayne is able to break into Luthor’s mainframe during the party and retrieve data on both the kryptonite and a mysterious group of people called metahumans. However, before he can get away with the data, his drive is stolen by mysterious antique dealer Diana Prince (Gal Gadot) who finds files on herself as well as the others with strange powers.

Realizing that kryptonite is the only way he can effectively stop Superman, Batman breaks into Luthor’s lab and steals the alien mineral, fashioning several different weapons out of it. Deciding that Superman is too much of a threat to the world to ignore, Batman challenges the kryptonian to battle, as the enigmatic Lex Luthor lurks in the shadows.

Now, there’s no denying that this is a Zack Snyder movie in every sense of the word. A dark, humorless mood juxtaposed with a dingy, rain-soaked environment permeates virtually every scene. The acting is mostly somber with a joyless list about it that is distinctly different from Disney’s Marvel Cinematic Universe. And while that is ripped on time and again in every other analysis of Batman v Superman, I personally think it is a strength for the film.

To be honest, how much can we take of Robert Downey, Jr.’s Iron Man saying something witty or Paul Rudd’s Ant-Man setting up some kind of quip without rolling our eyes? That’s not exactly a criticism of the MCU and its humorous tone (or likewise of 20th Century Fox’s similar approach in its newest superhero flick, Deadpool), rather an acknowledgement that there is a different way to do a superhero movie besides a line of fart jokes interlaced with spurts of action.

That’s also not to say that there is nothing wrong with Batman v Superman: Dawn of Justice. I, for one, was not a fan of how Eisenberg played Lex Luthor. I felt that the character’s psychotic and crazed tendencies were a little bit too much a grab at Heath Ledger’s characterization of the Joker from The Dark Knight (2008) and wholly disloyal to the cool logic that defined the character in the comics.

I also wasn’t a fan of the amount of action that dominated the film. Aside from the eponymous battle that headlined the film, the movie was also plastered with fights in mysterious desert countries, post-apocalyptic Bruce Wayne dream sequences, and in a Lex Luthor plan B that felt too much the part of dues ex machina. Part of the problem that ran alongside that was the movie’s cumbersome two hour and thirty-three minute runtime, one that felt especially drawn out as the film tried to find some sort of satisfactory conclusion.

Yet despite all that, this movie has value, no matter what the mainstream pundits might say. It’s an exciting chapter in what is a soon to be a much expanded and interconnected DC Universe and one that presents interesting questions going forward. Henry Cavill continues to play a great Superman, perfectly capturing the do-gooding spirit of the character, balancing it with the alien’s feelings of isolation, and polishing it off with his growing romance with Lois Lane. Ben Affleck’s Batman captures a grimier, more mature facet of the character than Christian Bale or Christopher Nolan (who was executive producer for this film) did in the previous The Dark Knight Trilogy. And even Gal Gadot, an Israeli fashion model turned actor and of The Fast and the Furious (2009) fame, presents a realistic and honest characterization of the enigmatic but powerful Wonder Woman.

Zack Snyder gets no love. His work has been lauded in other genres, but for whatever reason he has yet to convince the critics that he can be the standard-bearer of a noteworthy superhero film. In fact, based on Rotten Tomatoes scores, Snyder’s superhero flicks have actually gotten progressively worse reviews by critics while the box office returns have swelled. And though Rotten Tomatoes isn’t the end all, be all of satisfying movie-watching, it is a noteworthy metric to keep track of. In this case it is wildly wrong. Don’t be scared off by critics’ reviews. If you want to see some heavy-hitting action and a great dichotomy of personalities, Batman v Superman: Dawn of Justice is for you. 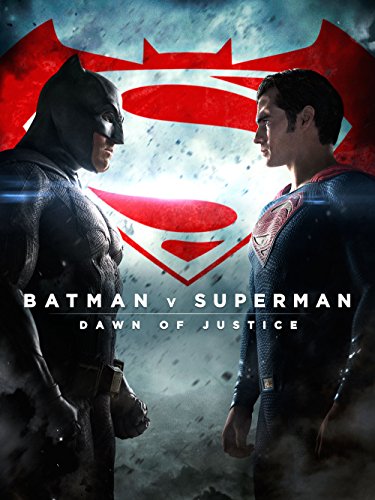 A fun, but dark, film. If you want to see some intense action, this one’s for you.