Stand By Me | Teen Ink

Favorite Quote:
"Be the change you want to see in the world"
------Ghandi

When first seeing the film Stand By Me, I was, in a word, awestruck. Not only did it change the way that I view movies--- it altered my perception on life.

Stand By Me, based on Stephen King’s novella, The Body, follows four boys in the 1950’s: Chris Chambers (River Phoenix), Gordie Lachance  (Wil Wheaton), Vern Tessio (Jerry O’Connell), and Teddy Duchamp (Corey Feldman). They are best friends, and have formed a strong bond with one another, especially since their own families are so broken, all having abusive fathers. In their town, a boy their age was killed by a train, and a reward is put out to the person who recovers his body. The boys all set out to find it, knowing that if they do, they will be heroes. They do not realize that the true reward they receive from this experience will have nothing to do with fame.

The character development in this movie is extraordinary. At first glance, these boys seem like bad kids, smoking cigarettes and cursing like sailors at the tender ages of twelve. But, as the movie progresses, you realize how truly amazing they are. The character of Chris  is a perfect example. When you first see him, you think that he is careless. But throughout the movie, you realize that his initial way of presenting himself is a front, and he is revealed to be extremely sweet and understanding and would do absolutely anything in order to help his friends.

Throughout this adventure, the boys have various encounters and conversations that reveal the true depths behind their characters, and you witness each of them change individually from their journey.


The main focus of the movie is the tight friendship between Chris and Gordie. Both of them have experienced so much grief and neglect throughout their lives that bond the two of them together. When Gordie cries to Chris about his brother that died, Chris hugs him and reassures him. When Chris cries to Gordy about how unfairly the town treats him due to his family status, uttering the infamous line “I wish I could just go someplace where nobody knows me,” Gordie does the same for him. The bond between these two, often times sacrificing their vulnerability and even their lives for the other person, is unbreakable.

One aspect of Stand By Me that I really appreciate is how much emotion is expressed from the characters. In society, boys are taught that crying and being vulnerable will make them less of a “man”. This movie defies that stereotype and shows that a man is the most admirable if he shares his feelings.

However stressful this movie sounds, it is not completely depressing. A balance is maintained through comic relief, performed mostly by Vern. You will find yourself laughing at just how ridiculous he can be.

The storyline of this movie is less about the plot and more about the characters and how they grow from this experience. The ending reveals what true honor these boys possess.


Stand By Me taught me about the values of friendship and loyalty. I look to these boys to see what kind of a friend I should be and what kind of friends I should look for. Stand By Me is a movie that you will remember forever and look to for guidance about life. 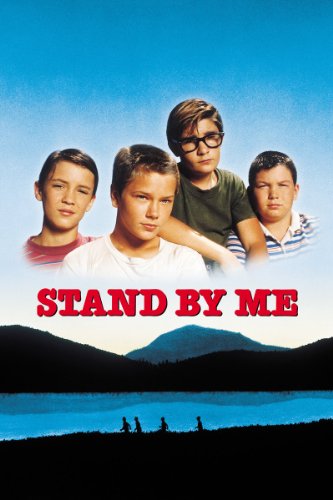