Released 12 years ago, “Monsters, Inc.” was a classic story about friendship that was nominated for three Oscars, and won for Best Original Song. But has Pixar lived up to the first hit with “Monsters University,” the new prequel?

Mike Wazowski is a smaller, retainer-wearing college monster-kid. His lifelong dream to become a scarer leads him to Monsters University. There he meets Sully, a lazy, arrogant big-shot who relies on his father's success too much. Their personalities immediately conflict as they both try to ace the scaring program. But just like in real college, acing a program can be difficult, and at M.U., that challenge is laugh-out-loud funny and original.

Just like a college should be, the campus is full of diversity. The colorful monsters of all shapes and sizes belong to fraternities and sororities. Mike and Sully are in Oozma Kappa along with Art, a philosophy major who writes in dream journals. Don Carlton is a middle-aged, chubby monster from the Midwest. Then there's Terry and Terri, whose two heads have very different ideas about what to major in. And finally, Squishy, an adorable nerd whose biggest fan is his mother.

Along with these new ­monsters, there are recurring ones from “Monsters, Inc.” Fans of the first movie will be pleased to finally learn why Randall is so mean, why the Yeti got banished, and why bad things keep happening to George Sanderson.

With these flawed but lovable characters, “Monsters University” says we can overcome differences and still be friends. But most importantly, it leaves you with a feeling that college and the future are going to be great, especially if you work ­toward your dreams. 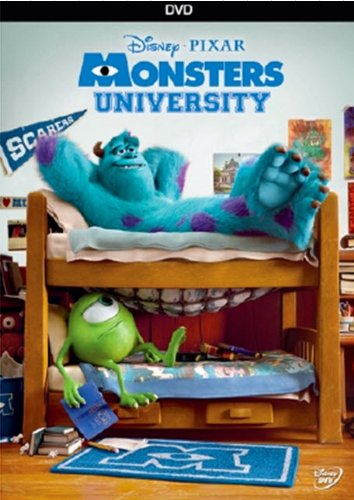