From Nicholas Sparks' novel by the same name comes a clichéd tale of a woman's past and how love can set her free. Adapted by Lislie Bohem and Dana Stevens, “Safe Haven” is ­directed by Lasse Hallstrom, making this production the eighth adaptation of Nicholas Sparks' books.

Here comes a young woman on the run for a supposed first-degree murder. In a small Southern town, she falls in love with a widowed father with two small kids, while a cop addicted to vodka is obsessed with finding her. They are all thrown together, and it turns into a dull, but hopelessly romantic story of love and starting over.

Though the predictable journey of Katie (Julianne Hough) doesn't live up to its heart-thumping, mysterious opening, there is at least one plot twist to shake off all predictability. But what the movie really lacks is any outstanding performance. Though Hough and Josh Duhamel are good when a scene calls for intensity, their performances become rather forgettable in most scenes.

If the audience is just looking for a romantic chick flick, then “Safe Haven” is fine. The “dreamy” small-town location is surrounded by a romantic beach that calls for some ­serious swooning scenes.

The film even touches on ­the issue of women's abuse, ­making the film's release on Valentine's Day kind of ironic. Although I didn't care for this movie, the hopeful message that it sends out about this issue does make seeing the movie worthwhile. 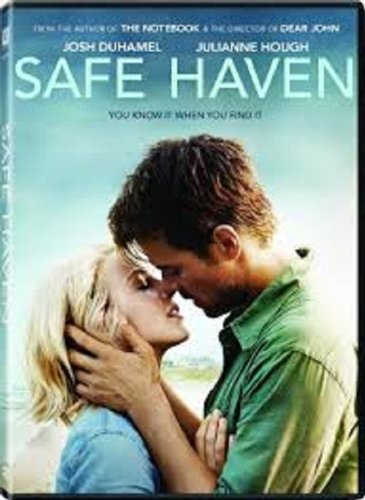