As a musical theater fan, I eagerly anticipated the arrival of Les Miserables (2012) in theaters. Almost everyone I knew was thrilled and ecstatic in preparation for the movie that we hoped would blast our brains, their last breaths softly singing the tune of “Do you hear the people sing?”. Metaphorically speaking, of course, in obvious reference to the fact that our brains do not have vocally spoken last words.

The story is set in 19th century France, where the main protagonist, Jean Valjean (Hugh Jackman), is first seen as a prisoner to the daunting officer, Javier (Russell Crowe). After Valjean’s escape, Javier persists in catching the clever prisoner, and is in pursuit of him throughout the movie. After Valjean agrees to take care of factory-worker-turned-prostiute Fantine’s (Anne Hathaway) daughter, Cosette, his life changes forever. Les Miserables is a story of love, escape, bravery, emotion, broken hearts, and revolution.

Though there were a few aspects of the movie that I perceived to be undeniable undesirables, my high expectations for the movie were very much met. The music was beautiful and well orchestrated, and there is some fabulous, skilled acting that can be seen. However, some of the singing done by more-actors-than –singers, that I’ll mention in a moment, left me a little disappointed.

For instance, Russell Crowe – our Gladiator, our Robin Hood – had me a bit irked every time he opened his mouth to inadvertently vocally disturb us. Let me assure you first that I respect him very much as an actor. I am sure I’m not alone when I say that he’s one of my favorites. However, he is no singer. I’m sure he went through a brief period of vocal training before filming, but it wasn’t enough to mask his nasally voice. Unfortunately, his voice did nothing to flatter Hugh Jackman’s (Jean Valjean) voice. However, it is my opinion that Hugh Jackman did a wonderful job using the right singing voice for his character. Jean Valjean is a sort of gruff and old character, and I think Hugh Jackman’s voice suited his character very well. Unlike Crowe, Jackman’s voice is professionally trained, as he has played roles in musicals even on Broadway. He can be seen in a filmed version of Oklahoma! as Curly.

Another voice that disappointed me was that of the lovely Cosette (older), Amanda Seyfried. Her voice had a sound that was very sweet and innocent that no doubt served her character well. However, her vibrato and shortened notes were a bit irritating, and her high-octave notes were just barely met. That being said, she still portrayed her character well in every other way, and I give her much credit for the live singing that she did. Anne Hathaway’s voice was full of all the emotion one could have expected, relaying such a raw and real voice of sadness. Her tone was perfectly angelic at the end of the movie as she assuaged Valjean and led him to Heaven. If Fantine had lived throughout the entire movie, I’m sure she would have captured the main spotlight as the star, as she almost did with the little time she did have onscreen.

On to characters in the movie that were not part of the main protagonist or antagonist circle, I have to say I nearly fell in love with the barricade boys. The men who were so determined to honor their roles in the Revolution that they battled in war knowing well that there was a large chance they wouldn’t make it out of the battles alive. Particularly Enjolras, the leader of the boys at the barricade. The actor, Aaron Tveit, is also known for his roles on Broadway, including the originating role of Gabe in Next to Normal. There were also other sporadic appearances and roles played by other Broadway stars that had theater fans reeling with excitement. I was very impressed by the overall performance of this particular ensemble group.

The news of the unique musical styling used in this movie shook up audiences everywhere, in a good way. It was revealed that the vocals in the movie were not in fact pre-recorded in a studio, but sung live as the cast was being filmed. Mucho props to the whole cast for that, I must say. The sets used in the movie were very indicative of the story and set a very dramatic, exciting mood. However, I must say that I felt that some of the filming angles were a bit awkward. Besides the close-up of Anne Hathaway during one of the musical’s most renowned songs “I Dreamed a Dream”, the excessive amount of close-ups on nearly every actor and actress was a bit overwhelming, and a little too odd, to be honest. There were some absolutely great filming angles, but a few particularly struck me as out of place and had me wondering what the director was thinking when they chose that filming style. 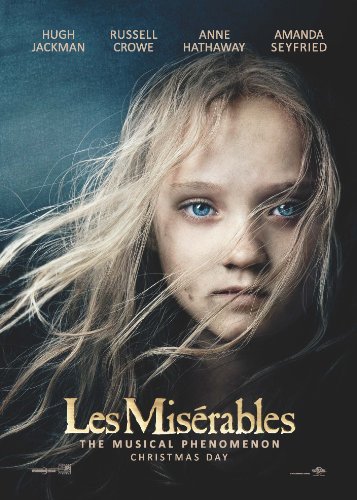 View profile
Haha, I know. I realized that after I submitted that and I felt like such a theater failure. Basically headdesking for a minute straight. Thank you for commenting and no worries about the nitpicking :)
lkk4209 BRONZE said...
on Feb. 14 2013 at 7:45 pm
lkk4209 BRONZE, Somewhere, Massachusetts
4 articles 0 photos 56 comments

View profile
I agree with pretty much your entire review! But one thing, and I hate to be nitpicky, but his name is spelled Javert, not Javier.