Rambo, an action film directed by and starring the world-famous Sylvester Stallone, is remembered as the fourth in the homonymous series and the bloodiest one with 262 kills. Often panned by critics for its overblown violence, it nonetheless is a fine work of cinema with a powerful message of human rights and faith, and explores the question of what the correct attitude should be when the innocent faces the mammoth force of evil.

The story centers on the main character, John Rambo, a cynical Vietnam Veteran, a wilderness expert, and a feared sharpshooter. He reluctantly becomes the boatman for a group of missionaries concerned with the plight of the Burmese people under an oppressive, genocidal regime. In a premeditated shooting rampage on the minority Karen people perpetrated by the Burmese military, those missionaries are rounded up and imprisoned under unthinkably dehumanizing conditions.

To rescue them, Rambo embarks on this dangerous task with a band of mercenaries hired by the United States government. They, like Rambo have no qualm with gunning down the ones standing in his way. A brutal battle ensues, between the rescuers and Burmese army. In the film, the evil side is portrayed in its most primitive inhuman form and not something to be tolerated.

The film is packed with rapid-paced action, incessant shooting scenes and blood dripping that makes your heart throb, as well as a scent of the deepest human love and affection. It is a must see of 2008 for all expecting an extraordinary piece. 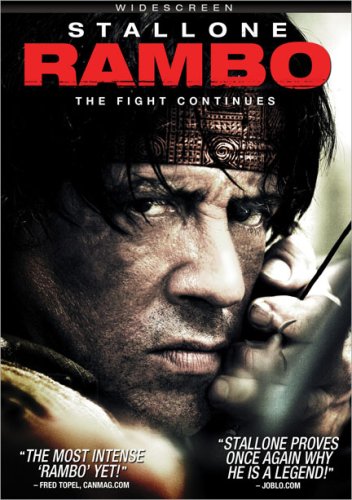