Pirates of the Caribbean: On Stranger Tides | Teen Ink

Pirates of the Caribbean: On Stranger Tides

Jack is back! Captain Jack that is. "Pirates of the Caribbean: On Stranger Tides" is all about your favorite pirate and his journey to the legendary Fountain of Youth, which he hopes will turn him into the Immortal Captain Jack Sparrow. All he has to do is gather a crew and find a ship-since Barbosa stole "The Black Pearl" into his care. Jack's plans take a turn for the worse when he meets his old flame and old foe Angelica who makes Jack a member of Black Beard's crew on the "Queen Anne's Revenge," unbeknownst to Jack. Black Beard is also headed on a journey to the Fountain of Youth due to a given prophecy that claims he will be killed by a man with a wooden leg within a fortnight. But they're not the only ones trying to find the Fountain of Youth. The Spanish and the Royal Navy are hot on their trail, hoping to find it before one of the others do. Will Jack and the rest of Black Beard's crew reach the fountain before the Spanish and the British? Will Black Beard be able to get to the fountain and receive the gift of immortality before the man with the wooden leg finds him?


With it' witty one-liners, swash-buckling action, awesome explosives, and wonderful charismatic characters, "Pirates of the Caribbean: On Stranger Tides" is a welcomed addition to the "Pirates of the Caribbean" franchise, and a sure classic Pirates film, bringing back the same adventurous feel as the last three. Penelope Cruz's portrayal of Angelica makes the character seem so comfortable in front of Jack and in the pirate environment that it feels like Angelica has been through the past three movies with us.

Bottom line: "Pirates of the Caribbean: On Stranger Tides" takes this Disney phenomenon to a whole new level as we set sail into a new chapter of Jack's story and as we get to know more about Jack. This is a great flick for die-hard fans of the past three movies and for people that are just getting to know the world of "Pirates of the Caribbean." Either way, you won't be disappointed. Enjoy! 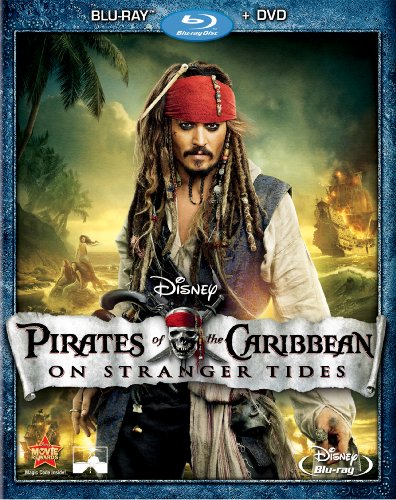 View profile
i love pirates of the carribean (i have a giant crush on jack), but this had to be my least favorite, just because it's losing its touch and will and elizabeth weren't in it. great review, though, but the &quot;'s were kind of an eye-sore!
musicispassion PLATINUM said...
on Jul. 3 2011 at 2:21 am
musicispassion PLATINUM, Perris, California
35 articles 0 photos 733 comments

Favorite Quote:
" Life is never easy for those who dream."
There are so many other quotes i need pages to write them