The Boy in the Striped Pajamas | Teen Ink

The Boy in the Striped Pajamas

Reaching carefully through the barbed wire fence that separates them, two eight-year-old boys shake hands. It is a sign of forgiveness and reassurance that they are still friends, but there are no smiles here, for more than just a fence separates Bruno and Shmuel. Bruno is the son of a Nazi commandant, while Shmuel is a Jewish prisoner in a concentration camp close to Bruno’s new home. It is the ultimate forbidden friendship and one of the many clichés that riddle The Boy in the Striped Pajamas and make it less of a historical film than a parable about the dangers and devastating consequences of inhumanity and immorality.

As the film opens, Bruno (Asa Butterfield) and his affluent family prepare to move from their old estate in Berlin to their new home in the countryside, which they have acquired because of Bruno’s father’s promotion. Bruno’s father, Ralf (David Thewlis), is the conventional Nazi soldier: harsh, brutal, and uncompromising. His wife, Elsa (Vera Farmiga), is his antithesis and a stereotypical, meek, emotional, and ignorant woman. Tension develops in their marriage when they move to their new home, nearby a concentration camp, because Elsa is concerned about their proximity to the death camp and objects to Ralf’s “evil” work.

Bruno eventually finds his way to this concentration camp, which he believes is a farm, one day when he is exploring, his favorite hobby. There, he meets a boy his own age, Shmuel (Jack Scanlon). Though Bruno thinks Shmuel is a strange farmer who wears striped pajamas, they quickly befriend each other, for both of them are lonely. When Shmuel tells Bruno that he is a Jew, Bruno decides to keep their friendship a secret because of his anti-Semitic education and upbringing, yet at the same time he finds it hard to believe that all Jews are evil. On the other hand, his older sister Gretel (Amber Beattie) succumbs to the brainwashing and proceeds to hang Nazi posters on her bedroom walls. She abandons her dolls, for she believes she is not a child anymore, and stacks their naked plastic bodies in a pile eerily resembling the heaps of corpses so commonly found in concentration camps.

Heavy with symbolism and filmed with a whimsical, fairytale feel, The Boy in the Striped Pajamas follows Bruno as he is placed in adult situations, forced to confront the emotional disintegration of his entire family and to reconsider his own beliefs after his life-changing experiences with Shmuel. The characters, like the dialogue, are simple, predictable, and placed in unrealistic situations, yet they are also well-developed and compelling. This is because the film is not so much an attempt at historical fiction as it is a tale with an important message. Thus, one must not expect this movie to be heavy on historical detail; instead, it uses the Holocaust mainly as a convenient backdrop to convey the moral of the story, that we are all human and deserve to be treated as such.

The Boy in the Striped Pajamas is different from most other Holocaust films because it is viewed through the eyes of a child and effectively utilizes this perspective to demonstrate its purpose. Bruno’s innocence and naïveté parallel the ignorance of the general population during that time period as well as the modern-day incomprehensibility of how such a terrible thing could have been allowed to happen. The film also stands out in its focus on the impact of the Holocaust on not only its victims, the Jews, but also its perpetrators, the Nazis. Despite the minimal shock footage of the Jews in the concentration camps, the film, with a twist ending, powerfully conveys its warning message with a sense of utter destruction and sheer hopelessness. 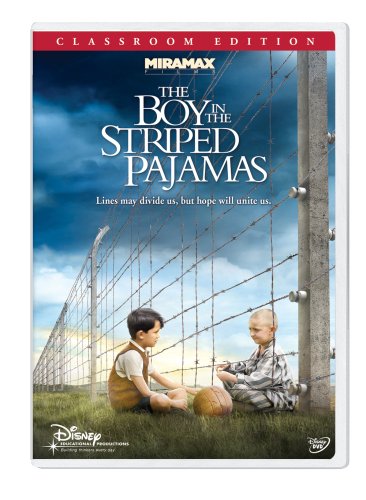 
Buy from Amazon Available on iTunes
The author's comments:
I wrote this for English class.
Post a comment
Submit your own