Where The Wild Things Are | Teen Ink

Where The Wild Things Are MAG

Favorite Quote:
"To be great is to be misunderstood" - Ralph Waldo Emerson

I didn't know what to expect when I went to this film by Spike Jonze, based on the 1963 children's book. Approximately an hour and a half later, I found myself in tears. This is one of the most thought-provoking, entertaining, and intellectual movies I've seen all year.

The film revolves around a young boy named Max, a wild, lonely child of a single mother. Max has to deal with his uncaring sister, his mother looking for a date, and the school system telling him that one day everything around him will die. Although this movie is about a child, it is not a children's movie. Rather, it's a film about children, their experiences and imagination.

Max eventually decides enough is enough and runs away. After finding a small raft and sailing away from his troubles, he comes upon an island full of magnificent creatures – the Wild Things. After that, not much happens. Instead the film focuses on Max's interactions with the creatures. Some may not like this, but I saw it as a plus. I find that focus on character development and relationships is far more interesting than raw plot.

The film also has a nice even pace, making you forget that it's short. You'll be too caught up in the characters and their issues. For instance, Carol, the most featured Wild Thing, struggles with loneliness and ponders what happens after death, the status of his friendships, and his own mortality. Sound like a kiddie flick?

Jonze's direction is impec­cable, always keeping his audience fastened to their seats so they get to know the characters and their in-your-face, warm-hearted humor. The film does childhood justice and will get you feeling like a kid again.

As far as negatives, you could say the film is dark, but the director was going for that. The first 15 minutes feel forced. While the point is to show that Max perceives his life as lonely and depressing, it feels like the director is trying to make you relate to Max too quickly.

Overall, “Where the Wild Things Are” is fantastic. Accompanied by brilliant visuals, this character-driven story of ­loneliness, struggle, hardship, mortality, and family is an ­entertaining, funny, and thought-provoking ride. 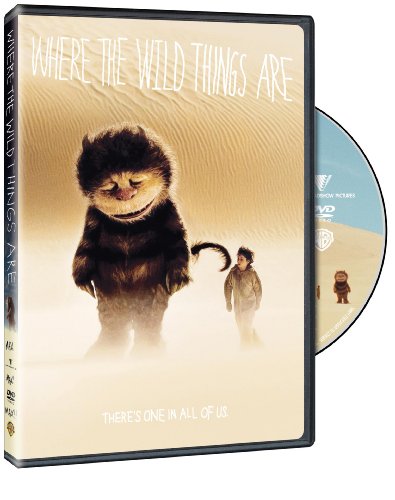 View profile
I havent seen the movie yet and wanted to but the way you explained it made me want to watch it as soon as possible.. Great writing and can't wait to see it;)
QuestionAuthority1128 said...
on Dec. 17 2009 at 4:59 pm
This was a great review! While I found that the movie completely butchered the book, I think that you are an excellent writer and you explained your point very well.
LaylaViolet said...
on Dec. 17 2009 at 11:48 am
I'm waiting till it's out on DVD (does anyone know when?) Anyhoo, sounds good enough to me.
mamableu said...
on Nov. 18 2009 at 10:11 am
This review completely encapsulates the wonder and magic behind this movie. Although I have not yet seen it, it was one of my favorite books! I am looking forward to more reviews from this author!!
Leo Magnificent said...
on Nov. 12 2009 at 2:13 pm
Excellent review. Nice job of saying what was good about the movie and emphasizing character development without giving away the whole story. Looking forward to more reviews.