The trailers advertised the new Harry Potter film as even more exciting, mysterious, and humorous than the first five. An eight-month release delay built up the hype even more. But as with many heavily marketed and highly anticipated movies, “Harry Potter and the Half-Blood Prince” fell flat. Not only did it not meet fans' high expectations, but it is by far the weakest installment of the series.

The film takes too many liberties with the book, removing significant events – the darker parts of the story – and relegating them to a very thin subplot, instead focusing on endless teenage angst and shenanigans. While this fluff is entertaining, it adds nothing to the overall series. And it is not just that the movie is mostly about the students' relationships; these romances are underdeveloped and for the most part so unlike the book that they are ridiculous and awkward.

Although the acting is superb, the script does not work to the actors' advantage. Familiar characters such as Hagrid, Snape, and Lupin have little screen time, while others – Draco Malfoy and Luna Lovegood – appear flat. Harry, the great hero, the Chosen One, is portrayed as a coward who does not even try to stop the plot against Dumbledore.

The all-important Horcruxes are barely explained. The mystery of the titular half-blood prince is glossed over in a sentence. And even after Harry learns important information concerning Voldemort and his past, he does not share it with Ron and Hermione, so for the first time in the film series, his best friends play extremely ­insignificant roles.

The cinematography is one of the few strong points of the film; there is a visually stunning shot of Harry and Dumbledore standing on a rock jutting up from the crashing ocean as they are about to enter the great cave. From that scene on, everything is suddenly serious and urgent, leaving the viewer feeling empty and cheated out of a pivotal film that could have served both to reveal secrets of the past and set up the epic series' finale.

With the upcoming two-part “Harry Potter and the Deathly Hallows,” director David Yates has two more chances to correct the tone of the Potter films and bring the series back to quality. 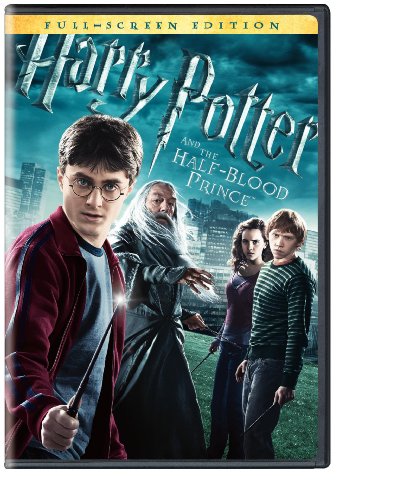 View profile
I know it was crazy it was sad but I also think it added somewhat of excitment if you hadn't read the book but I did so I was extreamly confused with that part and I don't understand the point of putting it in the movie.
--LoveHappens-- said...
on Jan. 27 2010 at 6:44 pm
--LoveHappens--, Fairfield, Connecticut
0 articles 0 photos 342 comments

View profile
I completely agree with this. I think that fact that they rated the movie PG was the reason for removing the darker parts of the story and keeping it humorous. I am a HUGE Harry Potter fan as are my mom and sister and we were extreamly disapointed with the movie. I agree with everything you had to say.
zobean GOLD said...
on Jan. 9 2010 at 4:41 pm
zobean GOLD, Northfield, Massachusetts
16 articles 1 photo 33 comments

View profile
I totally agree with this whole review. What you wrote is what I have been saying since the movie came out.
Skeezics GOLD said...
on Jan. 7 2010 at 7:27 pm
Skeezics GOLD, Eatonville, Washington
12 articles 0 photos 87 comments

Favorite Quote:
A childs voice, however honest and true, is meaningless to those who have forgotten how to listen.
Everyone faces obsticals. What defines you is how you overcome them. -J.R. Celski

View profile
I agree with the article to a point. i agree that some of the major parts were cut out and that some of the little things were exaggerated a bit but all in all i think that it was a very good movie. I have read these books eight times a peice so i know them forword backwards and upside down. and i know that some of the important parts were cut out but for the most part they stuck to the book. The director did coinside with the author about the book and what she thought would be good also. so it is as much J. K. Rowlings movie as it is Director Yates.
rebeccabyproxy PLATINUM said...
on Jan. 7 2010 at 2:44 pm
rebeccabyproxy PLATINUM, Shelton, Connecticut
30 articles 0 photos 2 comments

View profile
I hated the part with the Burrow on fire, what was up with that? And how the Death Eaters flew at the beginning was just ridiculous.
kennedy_rowzz SILVER said...
on Oct. 4 2009 at 9:44 am
kennedy_rowzz SILVER, Sterling Heights, Michigan
8 articles 0 photos 35 comments

Favorite Quote:
"we can never truly know who we are"-afi

View profile
I saw the movie on the day that it came out and I have to say that I was quite dissapointed.Anyway this is an awesome review and I couldn't agree with you more.<3