From time to time there comes a movie that makes you think hard, from time to time there comes a film that makes you laugh and cry at the same time. And from time to time there a movie that just completely confuses you to the point where you don’t even remember what made you go see it in the first place….and in some exceptionally rare cases…there comes a movie that is just…well, more like a 101 course for stalkers...don’t get us wrong, sometimes strange movies can be a good thing, strange to the point of interesting even. First, get a big bowl of producers, a pound of talented actors and actresses’. Throw in a tablespoon of suspense, mix it well with a teaspoon of drama; next add an ounce of a plot and thoroughly mix, tasting the bitter sweetness of a stalker and a romance all in one bowl. Last, toss in just a pinch of mystery and thrills and bake with success. The final product? Obsessed, belonging in a very uncommon genre of crime-thriller-drama, it would be better suited as well…a guidebook for stalkers. With the incorporation of all of the thrills, suspense and stalker-isms that this movie so perfectly incorporates, it was surprisingly….really good. I saw it, and to be honest it was completely different from what I thought it would be, but in a great way. So sit back, relax and enjoy your first steps into the conversation and critiquing of Jenna

So at the beginning of the movie, you can instantly tell from the second that Lisa, played by Ali Larter walks onto that screen that she’s inevitably going to become the “woman” who becomes so obsessed with her boss that his wife, Sharon played by the extremely talented Beyonce has to take matters into her own hands. Matters that eventually lead to a full-out battle scene between the two women over her husband which is quite entertaining. Larter’s presence was so mysterious and alluring, so clever and witty that instantaneously from that sly smile and that glare in her eye, she perfectly portrayed the embodiment of a full-blown, overly-obsessed, not-giving-up, stalker. And that is where “Stalker-ism Number 1” comes in: Act alluring. Now, as the movie continues she desperately tries harder and harder to win over the affection of her boss, with subtle hints of affection which quickly brings us to “Stalker-ism Number 2”: play sneaky mind-games with your target. Moving on to the middle of the movie, Larter quits her job so “they can be together” which automatically shows how crazy she is, and when that doesn’t win over his heart, this movie moves on to teach us yet another life lesson; “Stalker-ism Number 3”: Steal keys to targets car and creepily hide out in there until they show up. Well with that dead and gone, she just cannot give up and now decides to move away, to escape all of the rejection he has given which surprise surprise, moves us along to “Stalker-ism Number 4”: Move across the country so that your target and your targets spouse mistakenly believe you are gone for good. However, a couple months go by and one night while on a business trip Derek, her boss, gets an unexpected visit from his stalker and all of a sudden she shows up calling herself his “wife” to everyone around her which is probably the most clever Stalker-ism yet; “Stalker-ism Number 5”: Convince everyone around you that you are your targets spouse, leaving your target to now question their sanity. Immediately after, Derek knows something more must be done, and when he threatens to have charges pressed against her, low and behold she now turns suicidal, and tries to overdose, yet ends up just passing out in his hotel room…I think you can imagine where “Stalker-ism Number 7”comes in: Turn suicidal so that you can at least win the pity’s of your target while really, making yourself look like a bigger physco. Just when you think that would be the end of it, all of a sudden Derek and Sharon realize that this woman will never give up, which now jeopardizes the smooth sailing of their marriage and soon, they go out on a romantic “make-up” dinner for all of the peaceful nights they’ve lost over Lisa only to find out from the babysitter when they come home that some woman has been in their house, and what else? Their baby son is missing. Yep, that’s right; “Stalker-ism Number 8”: Trick idiotic, naïve babysitter into thinking you’re a friend of the family and steal your targets child. But, good news, the child is safe and is back in their arms within a few minutes however, before the end of the movie, Lisa returns to her “home sweet home” to what she thinks will be an encounter with her love, Derek; yet, she opens the door to find Sharon and before you know it they’re going at each other at warped-speed which was pretty typical for the plot, but let us tell you, it was extremely entertaining which raps it up with ….”Stalker-ism Number 9”: When all else fails…attack your targets spouse. Now, we won’t tell you who wins this woman-on-woman brawl, but we will let you know that, despite Obsessed and its guidelines and rules for stalkers at heart everywhere, it was definitely one of the best movies of 2009, and is sure to keep you on your feet wondering just how far one woman will go. Looks like this Stalker Guidebook 2009/ movie review is done for now, but the success of Obsessed is surely not; it get’s its five stars at the end of the day, and if some movie critics think it doesn’t? We’ll just have to stalk them, now wont we…. 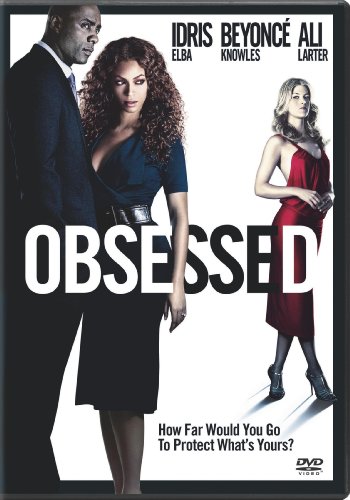 
Buy from Amazon Available on iTunes
The author's comments:
Great movie!
Post a comment
Submit your own