The Princess and the Hound by Mette Ivie Harrison | Teen Ink

The Princess and the Hound by Mette Ivie Harrison

Favorite Quote:
Since I was young, I have always known this: Life damages us, everyone. We can't escape that damage.


George, the prince of Kendal, has the power to talk to animals, but with that power comes fear. Fear of being caught. His soon to be wife, Princess Beatrice, is the only other person who knows he has animal magic. His mother knew of the magic because she had it herself but, it was her magic that killed her.
People who can talk to animals are feared because of the story “King Richon and the Wild Man”.“It was boundless, uncontrolled, wild, a raging river in comparison to a trickling mountain stream.” The Wild Man’s animal magic was uncontrolled, it was left wild and dangerous.
Prince George finds out about a big switch that happened between Princess Beatrice and her hound. A man with animal magic switched the two girls’ bodies to get back at Princess Beatrice’s father for almost causing his daughter to die. The only reason she didn’t die is because the man turned her into a dove.
I loved this book because it had amazing details. The author kept a big secret up until the Prince understood the secret. I found out about the secret when the Prince did. That is a big detail I loved about this book because the author gave the sense that the characters were keeping a secret when she herself kept a big secret to the plot. I would recommend this book to 7th grade and up for the fact it has some swears in it and that it has a little kissing going on. 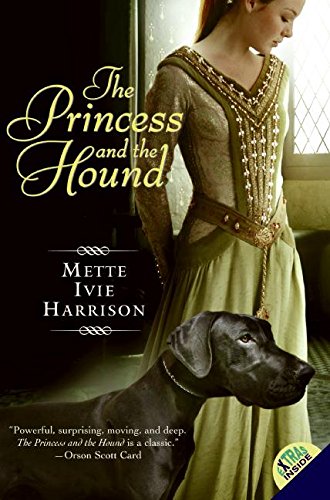 Previous Next
Reviews
All American Girl
By saltyprengles BRONZE