Favorite Quote:
"I could give up, I could stay stuck, or I could move on" ~David Archuleta

Adrenaline Rush  written by Cindy M. Hogan, had me craving more of the story with every page. It kept me on the edge of my seat and I read it nonstop. The author does a wonderful job of making the story seem so real. I often found myself feeling sympathy for the characters as if they were real people. I would definitely recommend Adrenaline Rush to anyone who loves action-packed adventure and a twisting plot.

Thrill-seeking teenagers have been disappearing all over the globe. Christy, a teenage agent with the FBI, is assigned the job to take on an “adrenaline junkie” attitude and get kidnapped along with the group think will be taken next, where she will signal for help and the FBI will come save her and arrest the kidnapper. Because the kidnapping always happens in groups, Christy must find the right group and befriend them before it’s too late. The groups taken are usually teens with abnormal hair colors, or have risky attitudes. She needs to quickly find and stay with this group of teens at all times, because the FBI doesn't know when or where the kidnapper will strike. Just the thought of putting herself in danger scares Christy, but she knows that it’s the right thing to do, and if she doesn’t do the job right, more and more teens will disappear.

Christy catches the eye of two groups that are fixed on pushing life to it’s limit. Both groups invite her to join their “clique” but how can she know which one to choose?  If she chooses the wrong group, her mission will be failed, and the FBI may not trust her with important missions like this one. If she chooses the right group, she may be able to save them all, but there is no guarantee she will get out alive.

One thing that I loved about this book is that it left me hanging at the end of each chapter and made me want to read on. If you like to feel the tension and reality in books, this book is definitely for you.

Not only does Adrenaline Rush have action and adventure, but it also demonstrates the power of true love and friendship. Christy doesn’t know if she will be able to escape the madman that has been kidnapping these teens, because Christy soon becomes a favorite and he has big plans for her. However, she has faith that Jeremy, her best friend and protector, will somehow find the compound where she and her new friends are being held captive and at least be able to save the other kidnapped teens.

I fell in love with this book, and I wouldn’t be surprised if anyone else that reads it will love Adrenaline Rush as much as I do. 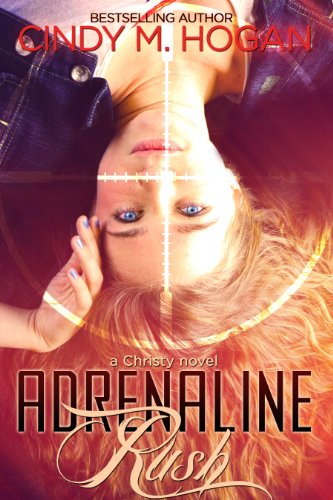